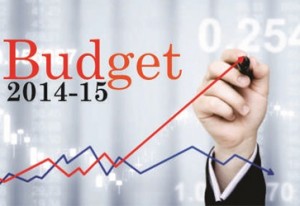 Balochistan Budget at a Glance

QUETTA: Balochistan Government had unveiled Rs 215 billion deficit budget with minimum available details about the Provincial Budget, as the budget documents were denied to the Media considering it secret from the people and media for the second consecutive fiscal year.

The media is reporting the Provincial Budget from the speech of the Adviser to the Chief Minister on Finance as the same were not supported by the valid budget documents.

The fiscal deficit during the next year will be around Rs 15.6 billion as compared to Rs 8 billion during the current fiscal year.

Independent economists believed that the responsive Government will drastically cut the non development expenditure during the current fiscal year and they were disappointed as the allocation for non development expenditures had been increased from Rs 154 billion to Rs 164 billion during the next fiscal year. With additional resources available to the bureaucracy, the stranglehold on the people will be further tightened which is not a good omen for backward Balochistan.

The Federal Government had implemented development scheme worth of Rs 11 billion through the Balochistan Government during the current fiscal year.

He said that Balochistan would collect income of Rs 8.970 billion from its own resources.

DIVISBILE POOL- He said the province would receive Rs 141.213 billion from Divisible Pool and Rs 16.858 billion from direct transfers, Rs 10 billion from other receipts and Rs 23.279 billion from capital receipts.

JOBs- The mover Mir Khalid Langov said that about 3925 new jobs have been created in different government departments including education, health and others and the federal government has promised financial support for providing jobs to youth of Balochistan in federal institutions.

LAW AND ORDER– Mir Langov said that Rs 17251.118 million have been allocated in the budget for maintenance of law and order and for departments pertaining to law and order.

“Our government has earmarked Rs 17251.118 million for police, Balochistan Constabulary, Levies Force and other departments for maintenance of law and order,” he said.

SOLAR ENERGY– He revealed that Rs 1 billion funds have been earmarked in the new fiscal budget for execution of project of solar home system to provide electricity to 300 villages adding that such projects after implementation would help in meeting our energy requirements.

COMMUNICATION-ROADS- Mir Khalid Langov said that Rs 9.726 billion funds have been allocated for Communication sector including 391 schemes of construction of roads among them 152 new projects and 239 ongoing road schemes.

WATER SCHEMES- Referring to water issue, he said that an amount of Rs 400 million were allocated for installation of solar energy system to supply electricity to water supply schemes.

AWARANN EARTHQUAKE- Rs 200 million were allocated for repairing and renovation of schools damaged in earthquake in Awaran district.

QUAID-E-Azam Residency– He said that Rs 50 million were allocated for repairing and renovation of Quaid-e-Azam Residency that was damaged and burnt down in bomb attack.

SPORTS- Rs 1814.013 million were allocated for Sports sector which were 50 more than previous budget.

Mir Langov said that Public Accounts Committee of the Balochistan Assembly would be set up with immediate effect and there would be ban on spending government funds for medical treatment in foreign countries and eating ceremonies in hotels on the expenditures by government funds. He added that complete ban has been imposed on purchase of luxury vehicles for government departments.

Shireen Gul  is a Balochistan based freelance journalist. She has worked with VOA, City Everett, and SeaTime. Shireen tweets @GulShireen and blogs at shireengul.blogspot.com

Published in The Balochistan Point on July 16, 2014

2014-07-16
admin
Previous: Editorial: Demand of complete Audit of 2013 elections
Next: Letter to the Editor: Clerics, Jirga’s and Constitution