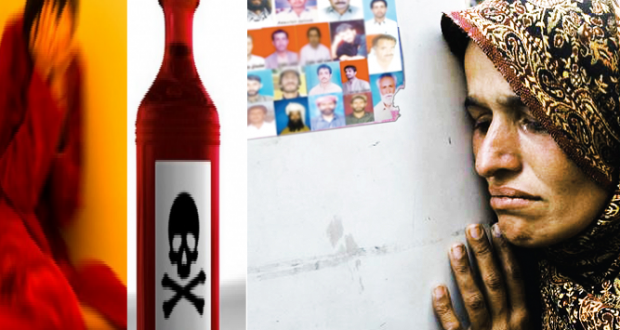 Balochistan: From Political Restlessness to Extremism

While the world is trying to bridge the gaps to form a society free from all sorts of violence, Balochistan is being deliberately pushed into various issues to attract the main stream media and seize its attention from political upraise and human right issues to social violence and extremism.

The recent wave of victimizing women of various brutal deliberate incidents has flamed restlessness among the already disturbed populace of Balochistan, a province where the society stands as a shield for women’s dignity and honor and where women empowerment is socially accepted as well as encouraged.

Women in other provinces are generally discriminated where as due to Balochistan’s secular society, Baloch women stand with their diverse identity in community. They are often supported for perusing education despite the fact that the government has failed to provide opportunities in most areas of the province.

Since 2006, the combat zone of Balochistan has been featured by the provincial as well as the international media and sometimes by main stream media of the country. Human rights violence and missing persons’ issues have covered the headlines of numerous newspapers for almost eight years now.

However when the top headings of such issues got chock-full and there was no space for the Balochs to think about any other issue excluding the on going human rights violence in the province, previously unknown groups took over the rule to divert the attention of the already tackled Baloch populace with inhumane and horrible acts of coercing Baloch women to silence along with victimizing the minorities living in Balochistan from decades.

The persistent attempts of diverting the media’s interest began last year with victimizing the minorities for instance the Hazara community (Shia Muslims) of northern Balochistan. But this made the perpetrators limited to only a few districts.

Moreover when Voice for Baloch Missing Persons carried the long marches, media again got interested to cover their news (though they didn’t get as much coverage as they might had got if they were from any other region). Hence the process of diversion began again but this time with an increased pace along with treacherous techniques to horrify the women through out Balochistan.

The new process began from the Iran bordering district Panjgur by the end of the April this year, when schools and English language centers got threatening letters demanding to either expel all the girls or to close down. Meetings by the school administrations as well as rallies by the students, parents and teachers were carried out in May but yet nothing has been done by the government to bring the girls back to their schools. After an attack on a school van in May, all the schools have been closed down.

The second part of the process and the most recent one is a series of acid attacks which had been defacing a number of female victims beginning from Kalat the perpetrators have been successful in playing their horrific game in Quetta and Pishin shattering the lives more females.

Since Quetta is the provincial hub of education and the only city with a few universities and colleges, most female students travel to Quetta from southern and central parts of Balochistan. Such deliberate attempts for instance the acid attacks and the Panjgur incident of warning girls are to discourage the women through out the province to participate in substantial development where as Balochistan is already bothered with ground quality of education, poverty, inferiority in the share its natural resources and lack of health facilities as well as human rights’ violence and missing person’s issues have disturbed the whole province.

Perpetrators often try new techniques to divert the focus of media from political upraise to extremism or Islamization with incorrect interpretations of Islamic teachings. With empowerment and protection, women can play their dominant part in significant development of Balochistan since they have already been resisting against the on going human right violations and have been enduring the scorching heat while long marches and in protest camps outside the press clubs and courts throughout the country.

Actual change is possible when women are supported with political commitments by the provincial government. Major steps must be taken against the violence to the soonest. However the staggering silence by the government is encouraging the so called extremists for more attacks and deliberate incidents.

Mariyam Suleman Baloch is Staff Writer at The Balochistan Point. She Is perusing a bachelor’s degree in Political science and sociology at Zahoor Shah Hashmi Degree College, Gwadar. She covers Balochi literature as well as social issues and human rights issues in Balochistan.She blogs at mariyamanalblog.blogspot.com

Published in The Balochistan Point on August 3, 2014