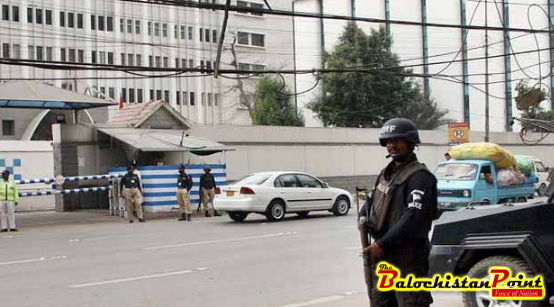 Quetta: Balochistan’s Home department has issued a threat alert stating that a “lady suicide bomber” has reached Quetta, where she is believed to carry out a terrorist attack.

“It has reliably been learnt that a lady suicide bomber, ageing between 17 and 18 has reached Quetta for some terrorist activity,” the letter read.

It said that two terrorists along with a girl had come from Afghanistan in a private car via Killa Abdullah and it is believed that some education institution on any women institute might be targeted in a couple of days.

However, no further details were available about the exact date and time of the terrorist act.

The Home Department directed has law enforcement agencies to keep extreme vigilance and heightened security in and around the educational institutions, public places and other necessary offices to thwart any untoward incident.

Published in The Balochistan Point on November 7, 2016