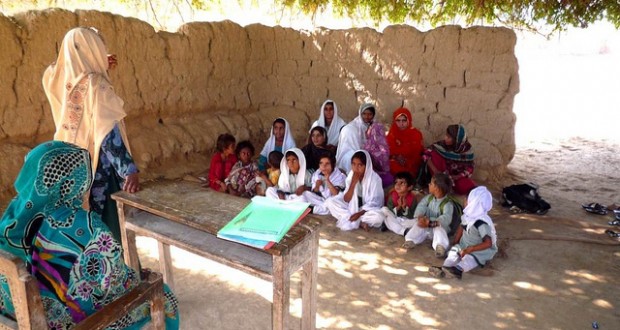 Access to higher education in a democratic state is the fundamental right of each individual.

In the existing scenario of violence, the education sector of Balochistan stands destroyed which adds insult to injury. It comes to mind that no one pleads to cut the Gordian knot which left the educational system hanging by a thread.

It is safe to say that Balochistan University, a prestigious institute, has been serving the needs of students since1970, now seems to be unsecure for teachers who are true to their salt.

Due to the ongoing climate of fear, in 2009, more than 100 university professors had pleaded to be transformed including twenty five senior PhD holding Professors in order to save their lives.

The situations went from bad to worse when the lady assistant Professor Mrs. Nazima Talib, was targeted outside the University of Balochistan in April 2010. Since then, the desperate situations don’t turn the corner.

Worryingly, the continuation of strike for budget has not only destroyed the reading culture but also left the teachers in lurch, yet no concerted steps have been taken by the government side to bury the hatchet.

As a result, less than 2 percent female population is literate in the dispossessed province while another enlightening report states that 23 million children are deprived of basic schooling in Balochistan. The article 25-A emphases to provide free and compulsory education to all children of the age of 5 to 16 years, although no serious steps have been undertaken.

Ironically, it can be the cause of destroying the county’s future economic life, as it provides the fuel and other minerals to the country. If people of this region remain illiterate, it will be a herculean task for government to use the land in order to strengthen the economic sector.

So, I would like to draw the attention of Balochistan  as well as federal government to reshuffle state-run institutions and make the dysfunctional schools functional in every nook and corner of the low-tech province. (Courtesy: Bolan Voice)

Republished in The Balochistan Point on February 3, 2014