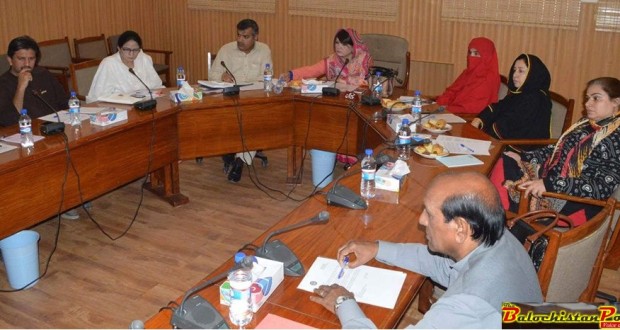 Quetta: Joint Working Group of parliamentarians and civil society organizations on women, youth and minorities in Balochistan held its first meeting on October 29, 2015.

The working group is an outcome of the Consultative Forum which was jointly organized by Democracy Reporting International (DRI) and Balochistan Women Caucus in Quetta, Balochistan on September 17, 2015 as both civil society and parliamentarians felt the need to have an on-going engagement on the issues.

The meeting, chaired by Dr Shama Ishaq, discussed TORs of the group and Balochistan Provincial Assembly officially called for Joint working group meeting which was attended by nine parliamentarians and the eight representatives of Civil Society Organizations.

Published in The Balochistan Point on October 30, 2015