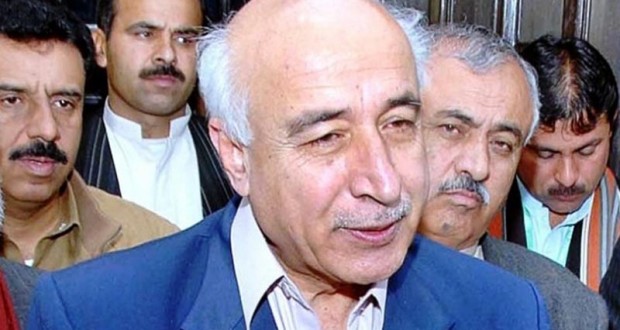 QUETTA: Balochistan Chief Minister Dr Malik Baloch has said that Balo­chistan needs over Rs300 billion to bring the province out of backwardness and to put it on the road to progress and development.

Speaking at a public meeting in Loralai during his three-day visit to the area, the chief minister said that Balochistan needed maximum funds for its development programme and the provincial government was making its best efforts to resolve problems being faced by the people.

“We can bring out Balochistan from complete backwardness if Rs300 billion are provided to the province,” Dr Baloch said.

He said that the present coalition government was giving special attention to health and education sectors and maximum funds had been allocated for these two sectors.

“Despite allocating huge funds for the education sector, still 2.5 million children could not go to school and we need at least Rs63 billion more for establishing 12000 schools in the province to send all children to schools,” he said.

Referring to release of funds from Islamabad, the chief minister said that the federal government had released all funds allocated for the province under the Public Sector Development Programme (PSDP).

The chief minister said that present government would never betray the trust of the people and would work hard to resolve their problems. He said the government was making efforts to build dams, provide electricity and developing all sectors such as agriculture, fisheries, education and building major highways to pave the way for speedy development of the province.

He expressed concern over continuously depleting water level in the province and held out an assurance that the government was taking all measures to improve the underground water level and was planning to construct more dams for the purpose.

He said the agriculture sector could not be developed unless “we increase electricity or build more transmission lines”. He said the provincial government had requested the federal government for more financial support to complete projects in education and other sectors.

“I want to thank Prime Minister Nawaz Sharif for taking personal interest to getting stalled construction of national highways restarted which otherwise had remained incomplete for the past 15 years,” he said.

The chief minister said that Rs18 billion had been released for improving power transmission lines and soon the system would witness a marked improved.

Talking about 3,000 vacant posts of SST teachers and lecturers across the province, Dr Malik said appointments would soon be made on all vacant posts and promised to people that he would ensure that all appointments were made purely on merit.

Dr Baloch said that law and order and education were top priorities of the government, adding that the provincial government had allocated 26 per cent of its budget on the education sector because only education could ensure rapid and sustained progress and development of the province. He directed authorities concerned to take strict action against land mafia and get official land freed from land grabbers.

Republished in The Balochistan Point on 10th September, 2014.