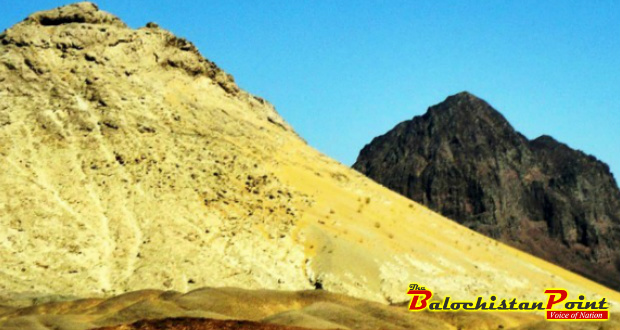 Balochistan: The Curse of Natural Resources

What comes to our minds when we think of Balochistan; killings, kidnappings, torture, missing persons, separatist movement, proxy wars involving sectarian roots, backwardness etc. But is that all there is to it or are we missing out on something more important. The largest province of Pakistan in terms of its physical size, constituting approximately 44% of the total area of Pakistan, is so disconnected from the other parts of the country.

There has to be much more to this part of the country than just problems. There must be a life besides all the bad news. A life of ordinary people who work hard to survive, make a living and dream for a better life. It’s really rare when we hear about ordinary life or the rich culture and traditions. We only have news and not a perspective from common people. Hence the problems are also objectified to news items, figures and cover stories. If we look at the turmoil in Balochistan in a national context we would attribute the problems to human rights violation, lack of development and violent conflict. However, if we try to see it from a broader global perspective we might get a different view of ground realities.

Some studies by leading economists suggest that post world war two resource-rich countries have shown poor growth performance. Many countries in Africa like Nigeria, Cote d’Ivoire, and Liberia are facing civil strife like diamond wars. In other, less extreme instances, the struggle for control of huge resource may lead to a concentration of economic and political power in the hands of dominant elites that, once in power, use it to garner political support and thus secure their hold on power, with stunted or weakened democracy and slower growth. It is also believed that abundant natural resources may crowd out social capital. This refers to the infrastructure and institutions of a society in a broad sense like; its culture, cohesion, law, system of justice, rules, customs and even trust.

The attack on Ziarat residency was tantamount to destruction of social capital. Although the Ziarat residnecy has been restored the incidence has severely fractured the social fabric. There is also evidence that, across countries, various indicators of education and literacy are all inversely related to natural resource abundance.

According to Pakistan Social and Living Standards Measurement Survey (PSLM) conducted by Pakistan Bureau of Statistics (PBS), current literacy rate in the province stands at an abysmal 43%. Survey further stated that Male literacy rate in Balochistan is 55% and Female literacy rate is just 25%. Looking at the health indicators 11 million kids die before reaching the age of five. Maternal Mortality Rate (MMR) is alarming with 785/100,000 live births whereas the Infant Mortality Rate (IMR) is 97/1000 live births. So in context of Balochistan it might be the case that abundant natural capital appears to crowd out human capital. Hence more and better education can be good for economic growth. However, when institutional quality is sufficiently high, the natural resource effect becomes positive as shown by several studies.

Therefore while working on the China Pakistan Economic Corridor the government both on federal and provincial level must try to integrate the people of Balochistan in the process of economic development. This must be ensured by simultaneously providing them with better health, education and employment opportunities. On the other hand the civil society and media must press for more transparency. Economic development must lead to national integration, harmony and peaceful coexistence. Infrastructure development in rural areas particularly in Balochistan which is known to have a difficult terrain can be the most powerful poverty-reducing investment, and it could involve more local labor. Economic policies must be designed to alleviate problems of common people such as investments in transport and logistics infrastructure, expanded investment in education and skills training to foster faster absorption of foreign technology and innovation, and creating special economic zones and promoting regional trade.

However, most importantly we need to address the grievances of Baloch people regarding human right abuses, violence and give them rights as equal citizens.  We must provide them with every opportunity to contribute to their own lives and lives of their fellow citizens. Our leaders must realize that we need to rise above regional, ethnic, linguistic barriers while promoting and preserving our rich heritage of languages, culture, arts and history.