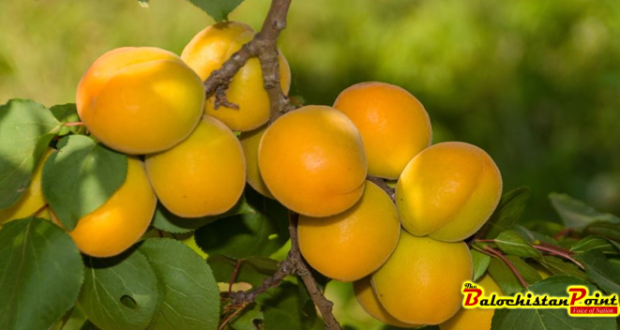 Balochistan: The Fruit Basket of Pakistan

Though Balochistan is full of natural resources and profiting the country, it is also called “The Fruit Basket of Pakistan”.   Balochistan is sharing 90 percent national production of grapes, cherry and almonds, almost 60 percent of peach, pomegranate, apricot and around 34 percent apple and 70 percent of dates. In Balochistan, 149,726 hectares areas are covered by the fruit crops and nearly 889490 tons of production is successfully being achieved every year. Over thousands tons of apples are exported from Balochistan annually and around 80 percent of the quality apples are produced in the province.

Fruit production is in high land of Balochistan which contains south-western regions are depended on ground water. The province is also well-known for its grape production of different varieties. Mostly the grapes are grown in Quetta, Pishin, Kalat, Zhob, Loralia and other districts. These districts are not only profiting the province but almost the entire country. Unfortunately, in few years, these districts have been facing problems of power shortage. The acute of water, due to frequent power break down the fruits are completely being destroyed.

The experts have estimated that Balochistan tremendous yield potential an efficiently be tapped by establishing crop specific zone and fruit processing units in Balochistan. The experts believe that the province should be divided into zones for quality fruit production. In last few years, Balochistan has tremendously developed in fruits farms. So a research is required to efficiently and fully tap fruit export potential of the country’s basket. The private forms related to agri-business from other provinces have shown great interest to invest and set up their business in Balochistan but they are not being encouraged nor supported by the provincial government or local communities.

Primarily, the apples and dates are the most well-known fruits, and they are exported to other places. Pakistan enjoys robust position in the world apple market because of Balochistan where 80 percent of the apples are produced. It is unfortunate that, despite getting profits from apple, no treatment plant for their preservation was established by the government in past. This loss is not only harming the country, but in reality, it is causing loss of the small farmers who are totally depended on these things. If the provincial government will work for these fruits then the better management can increase the earning income of the local farmers in Balochistan.

The provincial government should provide cold-storage facilities at the district level. Mainly these facilities are only present in Lahore, Karachi, Multan and other big cities. The other facilities including farm of market road, regular and sustainable supply of electricity for the purpose to enhance production and export of quality fruits.

The best source is micro-irrigation system to cope with water shortage in the fruit growing areas of the province. In last few years, the fruit crops in the areas of northern Balochistan have been suffering from scarcity of water shortage as tube well were not operating fully and other problems were also occurring.