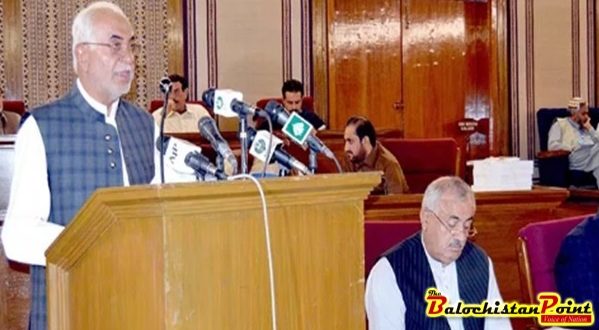 QUETTA: The Balochistan government on Thursday unveiled the budget for next fiscal year 2017-18 with a total outlay of Rs325.238 billion.

He further maintained that education sector has been given top priority in the budget and Rs50.4123 bn have been allocated for this sector, adding that Rs21.640 billion rupees have also been kept for promotion of health sector.

In the unveiled budget the law and order has been given great importance and over 31 billion rupees have been allocated for the purpose.

Rs8 bn will be spent on agriculture sector, while the energy sector has also been given a considerable significance and over Rs2 bn have been kept to convert water supply schemes into solar energy system. Nearly 8000 new vacancies will be created for the unemployed educated youth in the province.  A special Balochistan Education Enabler Programme will be launched and Rs200 million rupees have been allocated for the purpose.”

The 10 percent increase in the salaries and pension of the employees of all provincial departments on the pattern of federal government has also been announced.

Published in The Balochistan Point on June 16, 2017