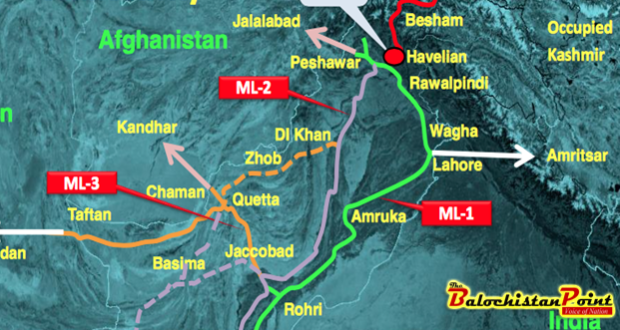 Karachi: The Provincial Government had announced to create special economic zones giving a big boost to pace of economic development. For it, economic zone authority is being created and consultant for the purpose is being appointed.

It is a welcome decision to create economic zones in many parts of Balochistan. Hopefully, international aid agencies and the world community are also expected to play a big role in developing the special economic zones particularly in the Baloch Mainland. The Government should properly approach the international aid agencies and friendly countries in assisting Balochistan in beating back backwardness and rampant poverty.

Special emphasis should be laid on industrial growth as the Provincial Government failed to capitalize the potentials for industrial development from the previous Industrial Estates established in various parts of Balochistan. Nor the Federal Government had come forward in helping Balochistan to establish industrial units other than Hub and Vindar.

Independent economists took it as a deliberate attack on the Provincial economy with an apparent move to retard the economic growth. There was no reason to withdraw the tax holiday and other important incentives from the most backward province of Balochistan in a calculated manner.

It caused an economic disaster and hundreds of factories closed and tens of thousands of people lost jobs as most the industrialists had shifted their investment  to the Punjab where the Government provided them greater and unimaginable incentives, services and facilities there with a guarantee to crush any industrial action with a brute force.

Having the past experience, there is hardly any investor will dare to come to Balochistan under the present circumstances, security of capital and investors’ own life at great risk. Once again, the Government should precisely select the areas for immediate economic development giving priorities to those areas having greater potentials for development or the areas rich in raw material and mineral wealth.

Lasbela, Mekran Coast, the Kech Valley, the canal irrigated region of Naseerabad and the Mineral rich regions of Khuzdar and Nokkundi or the energy rich regions of Marri and Bugti Tribal territories should be given priority on economic reasons.

Lasbela had great potentials for industrial development and the provincial Government should use its potentials in a planned manner providing incentives to the potential investors, both national and international.

Similarly, the Canal Irrigated region had the necessary infrastructure for industrial development and both the regions should be used in the present context. Mekran Coast and Central Mekran region too have potentials for future development. The Government should concentrate on these main regions for building the special economic zones. The areas have no infrastructure should be placed in the second category for development so that early results for development be achieved.

On the pattern of Shahbaz Sharif, the Chief Minister Nawab Sanaullah Zehri, should take the initiative and approach the foreign and friendly countries directly seeking significant investment from the developed and friendly countries, including GCC and Iran. The Federal Government is least interested in development of Balochistan and thus the Federal agencies should not be relied upon on vital economic issues.

Friendly Gulf countries and Iran should be approach for substantial investment in these region and using centuries-old Baloch relations with the Arabs and the Iranians. We should seek their material, financial and technical help for development of Balochistan with an accelerated pace.

Iran can be useful to a great extent as it had achieved hundred per cent employment by establishing industrial and commercial in rural areas boosting its exports to an unprecedented level nearly matching its revenue from oil and gas.

Balochistan can benefit from the Iranian experience by establishing small scale industrial units in border areas generating employment. The Government of Pakistan had already placed an Iranian Plan for ‘Border Markets’ as a means to replace smuggling or the ‘informal economy’ for formally trading and exchanging goods and services through the proposed border markets.

The Provincial Government will take over the Saindak Project sometime in October next for which the Government should get a refinery from Iran for separating blister copper from Gold ending the monopoly of Chinese over the trade. The Iranians can help Balochistan in operating the Saindak Copper and Gold Project retaining the entire profit and tax for the people of Balochistan.

Iran is establishing two huge steel mills—one by the Japanese and the other by the Koreans—need import of iron ore from Nokkundi iron ore reserves since the Pakistan Steel had stopped operation as per a decision from the Central Government.

If properly approached by the Provincial Government, then the Koreans, Japanese and most of the European Countries can come in a big way to industrial and economic development.

Balochistan Government should take the initiative as an agent of the Federation of Pakistan developing one of the most important Federating Units—Balochistan and taking it out from dark ages and backwardness.

Pakistan model is suitable for development of Balochistan and the Provincial Government should establish industrial units first and operate it for years and after a decade it should be privatize to the interested businessmen, preferably local investors.

Rs 70 billion development fund is available and its should not be wasted through the MPAs’ junk and least known or exposed schemes and the fund should diverted completely from gutter schemes to economic projects ensuring a sizable returns besides creating jobs for the millions of jobless. Courtesy: Balochistan Express

Published in The Balochistan Point on January 30, 2017