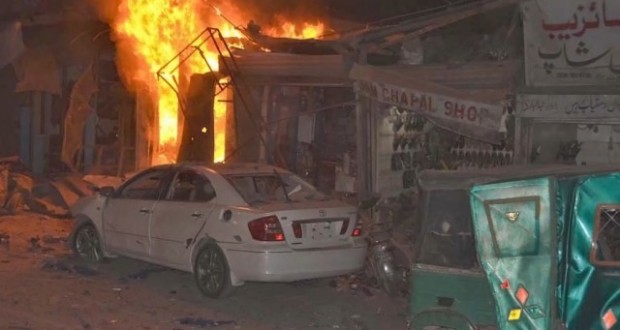 QUETTA: A bomb blast in Prince Road locality of Quetta wounded 26 people in the evening hours of Wednesday.

Bomb was an Improvised Explosive device (IED) which was fitted on bicycle that was parked outside a crowded hotel on price road. The weight of the IED was estimated to be 5 Kilogram by bomb Disposal Squad official.

All the injured were transported to nearby Sandeman Provincial hospital and security fo0rces cordoned off the area as a customary measure.

Quetta police was busy today in providing VIP protocol to President Mamnoon Hussain and that’s why terrorists faced no problem in parking the bomb laden bicycle.

This fact has been accepted by Capital city Police Officer (CCPO) of Quetta, according to famous journalist, Shaheen Sebahi.

Published in The Balochistan Point on December 24, 2014