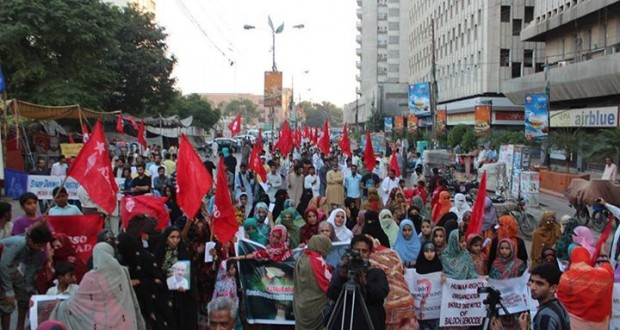 BSO rally Against Abduction of Baloch Women from Dera Bugti

The women  activists of BSO-Azad were holding banners and place-cards inscribed with demands for the safe release of disappeared.

They called upon the UN and International Human Rights bodies to play their due role and take notice of the human rights abuse in Balochistan.

Published in the Balochistan Point on November 23, 2014

2014-11-23
admin
Previous: Balochistan Education Programme B.E.P implemented successfully: Save the Children
Next: Measles Take The Lives Of 22 Children Due To Negligence Of Government