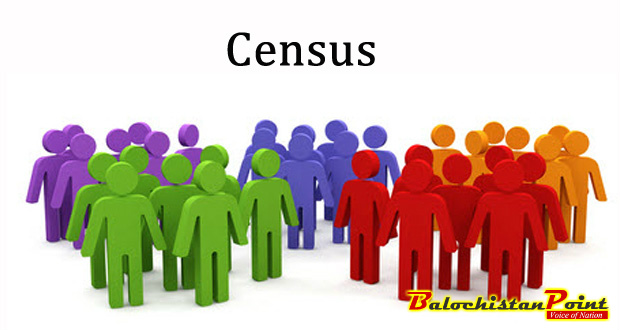 Census in Balochistan: Who Gets Counted?

On August 22, a tripartite meeting between Pakistan, Afghanistan and the UNCHR took place in Kabul. In that meeting Afghanistan requested the government of Pakistan to extend the stay of Afghan refugees in Pakistan by two years; the deadline for their stay is set to expire in December this year. Pakistan is yet to make a decision on this request.

This might be a trivial issue for some but for Balochistan it has huge implications. In March 2016, Pakistan is all set to conduct a national census after a gap of almost 18 years. This is a welcome development for the country since data generated through the census is must for socio-economic development. However, a census in Balochistan would lead to problems and could further exacerbate the ongoing conflict in the province.

As per the 1998 census, the population of Balochistan was 6.56 million, provincial assembly seats, job quotas and other resources of the provinces are distributed based on the ethnic composition of the Baloch and Pashtun communities. According to the house listing survey of 2011, the population of Balochistan has increased to 13.1 million. Analysts believe that, apart from a natural increase in population, the naturalisation of Afghan refugees is a major contributing factor. This means that the ethnic composition of Balochistan will drastically change by reducing the number of the Baloch population if a census is conducted next year.

Sardar Akhtar Mengal, chief of the BNP and former chief minister of Balochistan, develops a logical argument against holding a census in the presence of Afghan refugees next year. He says that on one side the population of Pashtun areas would increase in the census due to influx of Afghan refugees whereas on the other side the population of Baloch areas would be reduced because census can’t be taken place in several distracts of Balochistan due to law and order situation.

Independent analysis of the claims of the BNP proves that there is some weight in them. In three different cases, Nadra employees have been convicted in Balochistan by accountability courts for issuing illegal CNICs to Afghan refugees. Over a dozen Nadra employees are serving imprisonment sentences at the moment in those cases. These employees have confessed, during investigations conducted by the FIA, that they issued hundreds of thousands of CNICs to Afghan refugees. According to a report, 64,000 fake CNICs were issued by Nadra in the seven months of 2015 only.

The house listing survey of 2011 also supports the claim that Afghan refugees have been granted Pakistani identity documents. The population of the Qilla Abdullah district in Balochistan was just 370,269 in 1998; it jumped up to 2,138,997 in 2011. According to the BNP and other Baloch politicians, an increase of 447 percent in the population of Qilla Abdullah is not possible without counting Afghan refugees as Pakistani citizens. Some other districts in the Pashtun belt, like Loralai and Pishin, have also witnessed a massive increase in population as compared to the the 1998 figures. In contrast none of the Baloch areas have witnessed any sharp increase in population. The house listing survey could not even be conducted in Khuzdar, Kech and Panjgur districts due to the law and order situation there.

The Pashtunkhwa Milli Awami Party (PkMAP) rejects the claims of the BNP and other parties regarding the naturalisation of Afghan refugees in Balochistan. PkMAP maintains that historically the Pashtun belt of Balochistan, which it calls southern Pashtunkhwa, was a part of Afghanistan. So, if Afghan citizens settle here then they are not refugees but living on their historical land. That is what is claimed by PkMAP. The party also claims that the Pashtun community boycotted the 1998 census and that’s the reason their population was recorded as less than the Baloch in that census.

According to a briefing by law-enforcement agencies to journalists in Quetta, Pashtuns represent 31 percent of the population of Balochistan. A Quetta-based analyst claims that if Afghan refugees are not excluded from the population in Pashtun areas then the entire pupation dynamic of the province will be turned upside-down. That would result in several other problems and end up fuelling the ongoing insurgency in Balochistan.