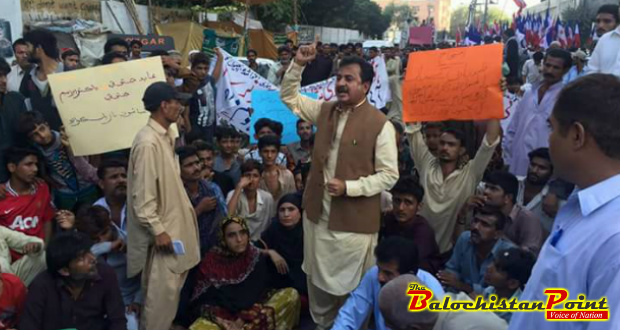 Civil Society Protests against Abduction of 3 Girls from Karachi

Three girls were abducted on 7th September form Bhangoria Goth area of Azizabad and reportedly transported to Larkana, as per the claims of family of the girls.

Protestors were carrying placards and chanted slogans against the Sindh government and Police and demanded the safe recovery of three abducted girls.

Girls were abducted on 7th September but this news reached media after one month due to the lack of awareness and approach of the victim family, a source privy to the matter told Balochistan Point. 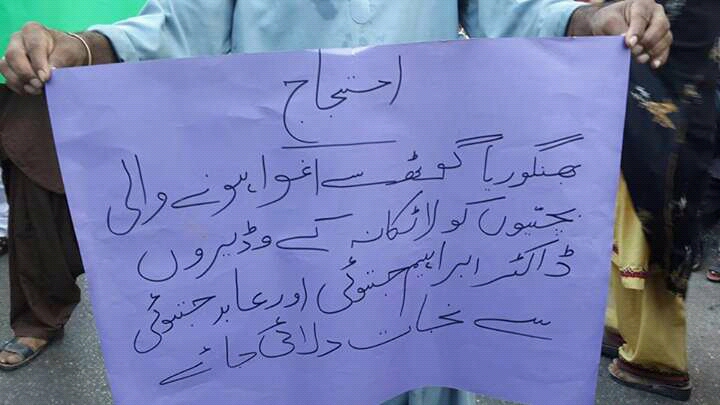 Girls could not be recovered in the Police raid as they were allegedly sold by the kidnappers to another group. Now it’s claimed by the family of the Girls that missing girls are under custody of Dr. Ibrahim Jatoi in Shikarpur.

Claims of the family of girls could not be verified through independent means so far.

Stance of Dr. Ibrahim Jatoi is also not known yet as he has avoided issuing any statement on this matter.

Sindh Police claims that the girls were not abducted but they eloped with the alleged kidnappers.

Protestors have rubbished the claims of Police as they find no merit in the claim that an 8 year old girl can elope.

Family of the abducted girls had migrated from Awaran to Karachi due to deterioration of security situation in the restive district few years back.

Family of the abducted girls have announced to set up a protest camp outside Karachi Press club if no action was taken for the recovery of the girls.