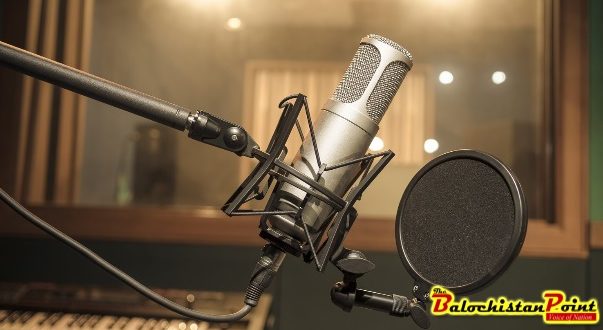 Community Focused Radio: A powerful tool for a social change in Balochistan

Community Radio is a relatively a new concept in Pakistan, as compared to other countries, where such a platform has been regularly used to bring awareness and enhance knowledge of local communities on different social issues. Radio is still considered to be a very powerful tool for disseminating useful information, and having a broader outreach and audience at Provincial as well as at National level. Technology, directly or indirectly, is also playing a very vital role, where the target audience can listen to any program from any region or country through internet streaming via computers, smart phones or different electronic gadgets.

Community Radio provides communities with an opportunity to share their problems and concerns through the powerful medium of Radio transmission and present problems, with possible solutions in the form of different Radio Programs. Interviews of prominent local leaders, Govt. counterparts, Entrepreneurs and CSO representatives are also part of the contents in each Radio programs transmitted from AM and FM frequencies.

United Nations Women UN Women and United Nationals Volunteers (UNV), are two important agencies within the UN system. UN Women is the UN agency responsible for Gender Equality and Empowerment of Women. UN Women is a global champion for women and girl’s rights, and was established to accelerate progress on meeting women’s needs worldwide. UNV on the other hand contributes to peace and development through volunteerism worldwide, as Volunteers they try to facilitate changes in mindsets by raising awareness or championing those changes and inspiring others.

In March 2017, UN Women and UNV jointly collaborated and formed an initiative namely, the Community Focused Radio Project. The aim of the project was to mobilize the local communities, especially youth from different communities to further enhance their existing skills and abilities in such a way, that at a later stage they can act as a Voice of their respective communities by a Radio Program aired through the Pakistan Broadcasting House (Quetta Center, Balochistan). Radio Pakistan, Quetta Center played an important role from the training of the community volunteers to the final programs transmitted and aired through their station.  This pilot project was started from Balochistan, and after achieving the key milestones, it is hoped the same will be introduced in KPK during 2018 and in other provinces afterwards.

The Project initially started with a needs assessment carried out by UNV and UN Women, wherein different local communities, especially marginalised communities with restricted opportunities shared their issues and problems on a regular basis. During the pilot phase of the project, 15 volunteers from George Jaffar Town, Khaizi Town and 15 Hazara Volunteers from Hazara town were selected and then trained on different components of projects such as Information, Communication & Technology, Presentations Skills, Team Building, Gender, Script Writing and Radio Production. To further strengthen their skills and experience, professionals from University of Balochistan (Media Department and Public Relations) and technical staff of Radio Pakistan (Quetta Center) were regularly involved in different trainings of the Volunteers. Moreover, Government Departments such Women Development Department, Information Department, PEMRA, different Universities, Civil Society, Youth Groups and Volunteers were also regularly involved in different consultative workshops and meetings, and were also provided with a platform to interact on different International events such as International Volunteer Day, (5th Dec), Youth Day, World Radio Day etc. Consultative workshops were arranged with an aim of obtaining the inputs of relevant stakeholders on regular basis, and to bring overall improvement to the project interventions accordingly.

The next phase of the project has already been initiated, with the aim of engaging additional communities, especially from the majority population of the Province, i.e. Baloch, Pashtoon and mixed population. Having their inclusion in the project will further contribute towards the overall objectives of the project. In addition, by including volunteers from diverse and different backgrounds; ethnically, linguistically and religiously, they will be given the opportunity of representing their Province Balochistan and their country Pakistan as a whole. Future volunteers will be trained on the same components as phase 1, and hopefully will be able to achieve the same set goals. Furthermore, they will be provided a platform to share the problems of their own communities, by being the change makers, and then finally present their work in the form Radio Program. Finally, having the identified topics to present, such as Youth and Volunteerism, Gender Equality & Empowerment, Education, Health & Hygiene, and Culture of their respective communities, they will participate in the script of the program.

Programs, interviews and suggestions that will be gathered for future Radio programs will give also provide a voice to the identified communities and in their words “will provide voice to the voiceless”.