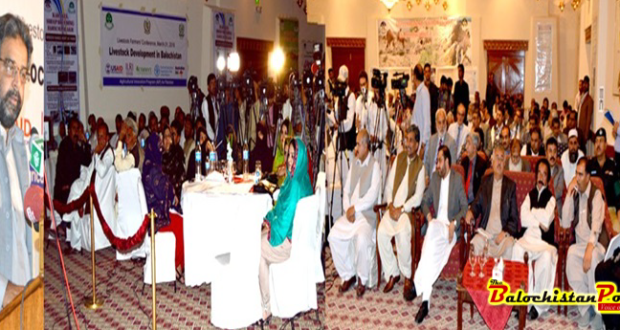 Conference Held on “Livestock Research and Development in Balochsitan” in Quetta

Quetta: Conference on “Livestock Research and Development in Balochsitan” held in Quetta on Thursday, where over 100 male and female livestock farmers from 32 districts of Balochistan participated in the conference to discuss the constraints and development opportunities of Livestock in Balochistan.

Federal Minister said that development of livestock sector in Balochistan was one of the top priorities of the government, adding that present government is giving top priority to livestock farmers mainly the small and landless farmers, who are living in miserable socio-economic conditions in the province.

“Balochistan is a province of diverse resources and ecologies but it also faces challenges of water scarcity and harsh weather conditions.” He said

Published in The Balochistan Point on March 31, 2016