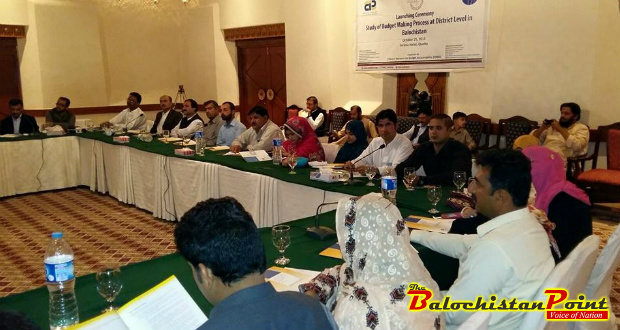 Budget Call letters, estimates of expenditures and receipts, consultation with stake holders, websites of all the districts of Balochistan remained nonfunctional during last fiscal year. CPDI demands transparency and citizens’ participation in the budget making process at district level in Balochistan. Balochistan Assembly should present budget in the month of April every year to ensure proper debate by the opposition members and treasury benches in the budget session, said Syed Kausar Abbas, Program Manager, CPDI