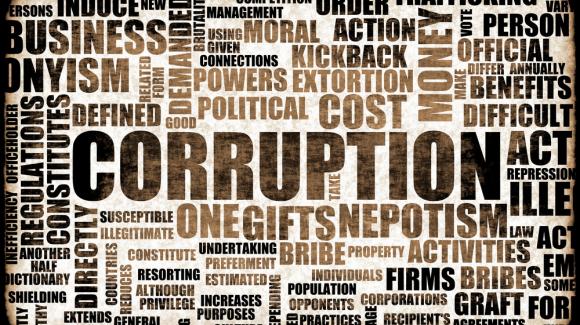 Corruption has many faces in our society but one thing is for sure for instance its each face is horribly devastating. It undermines merit, dashes hope and confidence of youth and discourages the principles of diligence and honest living. Furthermore, it is because of corruption that lethargy has become a rule of the day in government departments.  But it would be a gross mistake to confine the corruption to Government and bureaucracy because society, as a whole, seems to be the torch bearer in this regard.

It is really heart-wrenching to think that corruption has too deep roots in our society. What bothers one the most is the social appreciation and acceptance of malpractices in one way or the other. For instance, those who are at home in monetary corruption in government department are never thought to be a menace to society rather they are appreciated to defy the authority of state. These corrupt persons are considered to be laudably cunning. Their family members proudly recall events of corruption and how the victor committed a crime with impunity.

In comparison, one often hears kinsman of an honest officer complaining about his non-corrupt attitude because he only survives on salary. In other words, Pakistani society as a consumer society, wants to live beyond its available means; it demands more than the honest livelihood.  Therefore, it has become a necessity for every man to become corrupt as soon as the situation in his life permits him or her. This reminds me of the hypothesis that only honest is the one who have not been able to get an opportunity to be corrupt. However, this does not imply that Pakistan has no honest souls; surely, it does have but they number lamentably few.

Now there is a question which has more value than all the gold available in Pakistan, can corruption and the dirty mindset supporting it be curbed in Pakistan? Yes, it can be curbed. However, one should keep in mind that the diseases like corruption are easy to catch but hard to cure. There are plenty of remedial measures already taken in our country such as establishment of National Accountability Bureau, putting in harsh penalties for corrupt elements, departmental enquiries, Annual Confidential Reports (ACR), public accounts committee, and the reports of Auditor General of Pakistan. In fact, these are enough structural steps. Now the solution to malpractices lies not in introduction of any new law or enforcement of more severe penalty but an improvement in already existing anti-corruption structure in Pakistan. Let us observe why existing steps have failed to provide concrete results against corruption. NAB is ineffective because, first, it has not been given exclusive jurisdiction over all cases of corruption as there are many autonomous bodies that cannot be investigated into by NAB. Similarly Federal Investigation Agency (FIA) and courts also assume to investigate corruption cases. Second, recruitment for NAB should have been through FPSC rather than through departmental exam or deputations as latter procedure seems more pliable than earlier and certain black sheep may have entered the NAB now.NAB like lower courts have failed to provide immediate relief to victims and cases may go on for years without solution. Finally NAB is more concerned in cases of politicians than departmental corruptions.

As far as steps of harsh penalties are concerned, these have fizzled out in achieving their purpose because of our weak justice system. The procedure of adjudication is so slow and conviction rate is so low that hardly any poor victim of corruption would be willing to risk his money or time. It is usually seen that people with no proven crime have suffered in jails for years because of delayed court decisions. Sometimes even terrorists escape because of lacunae in our legal system. It is this disbelief in the legal system that the nation observes the plight of missing persons and use of kill and dump policy. Thus harsh penalties can hardly be menacing for corrupt elements with such feeble justice system.

Furthermore, departmental enquiries and annual confidential reports are also ineffective to check corruption. Most departmental investigations either fail to get the ones involved or are concluded with no result. This happens because, in majority of the corruption cases, a whole group within departments is involved in corruption and they stand by one another when an enquiry is initiated. Moreover, some of those involved may also get a seat within enquiry committee of department which enables him to help his accomplices escape the fury. And annual confidential report seldom reflects the meritorious character of the subordinate rather it depends more on mood and personal relationship of the ordinate. Therefore, both the measures are unable to eliminate the corruption.

The Public Accounts Committee (PAC) and report of Auditor General (AG) of Pakistan are really decisive in checking the spread of corruption. PAC under Chaudhry Nisar Ali Khan vigorously pursued its anti-corruption purpose during tenure of last government. Similarly reports of Auditor General of Pakistan provide strong insight and certain grounds to determine corruption in many departments. However, one must note here that PAC and reports of AG are superficial study and comparison of financial accounts of government institutions and departments. Hence these cannot be expected to eliminate deep rooted corruption in different levels in numerous departments and private sector.

In a nutshell, the remedies that exist are efficacious but they are not being served in accordance with the prescription. What Government needs to ensure is that the loopholes that one has mentioned in anti-corruption structure in Pakistan are properly removed. Above all, NAB should have exclusive jurisdiction over all the cases of corruption. More importantly, its domain of investigation should be widened to investigate in working of every national institution. Further it is  suggested  that departmental enquiry committees must also include one NAB officer for observation of investigations. In addition, courts should not be burdened with cases of corruption because it adds to not only work load of judiciary but also compounds in complications of functioning of an anti corruption body like NAB.

In other words, all depends upon implementation of strategies to eliminate corruption. Thus if corruption is to be uprooted it is extremely essential that the current anti corruption structure especially NAB is empowered and made efficient to implement the national vision of corruption free society.

Syed Muhammad Aslam Shah is a freelancer journalist and an independent political analyst based in district Naseerabad of Balochistan. He can be contacted at: aslamjillani@gmail.com

Published in The Balochistan Point on December 7, 2013