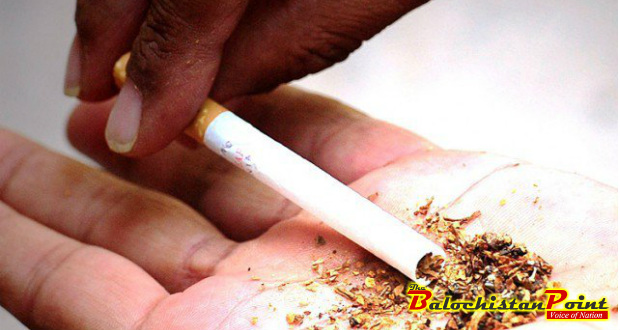 Curse of Drug Addiction in Pakistan

In Pakistan, youth is destroying them by getting addicted in different kinds of drugs. Drugs are a type of disease, which if a person develops, will never be able to leave easily.

According to statistics shared by credible sources, there are 4.7 million drug addicts in Pakistan. UNODC claims that 800,000 Pakistanis, aged between 15 to 64 years, use heroine and morphine. UNODC further claims that the majority of drug users in Pakistan are in Khyber Pakhtunkhwa and Balochistan.

Now, a question arises that who is responsible for drug usage in our country? Parents are to be blamed for drugs usage of their children as they have not properly looked after them. Youngsters often get addicted to drugs due to neglect of their parents. When young people sit in gatherings of older people then it’s very likely that they can get addicted to drugs. Secondly youngsters themselves are also responsible as they know about the negative affects of the drugs but still they can’t resist the temptation of using those drugs.

Drugs are transported to Pakistan through our neighboring country Afghanistan. There is a well developed supply chain that involves a lot of sellers, dealers and facilitators from Poppy fields in Afghanistan to streets of Quetta, Karachi and so on. The illicit drugs trade is not possible without involvement of government official at different levels.

A lot of good work has been carried out by certain Non-Governmental Organizations (NGOs) to raise awareness about drug addiction. Different workshops have been carried out and documentary films developed and telecasted in order to raise awareness among the youth so that they can get away from drugs usage. However these activities have showed limited progress on the ground due to unchecked supply of drugs in all over the country.

Unfortunately, there is an active and alive drugs culture in different well-reputed universities and colleges of Pakistan. Many people in educational institutes effectively are involved in sale of drugs to students and they are the ones who convince other students to use drugs for fun. What starts as fun ends up in life destroying drugs addiction for many students.

Drugs usage itself is a social curse but it further begets more social ills. Those people who are drug addicts need money to purchase drugs for themselves. There is a limit of money that they can get from their homes. In addition to that they have to make money by indulging in different criminal activities such as stealing, snatching and so on. Even drugs addicts have been found in killing people for money. Therefore, curse of drugs has stronger negative social footprint on the overall society.

Need of the hour is that parents must be vigilant in keeping an eye on their children round the clock. We know that drugs sale would not be controlled by the government so it’s up to the parents and members of the civil society to play their role in eradicating the drugs usage from the society.

Published in The Balochistan Point on August 27, 2015