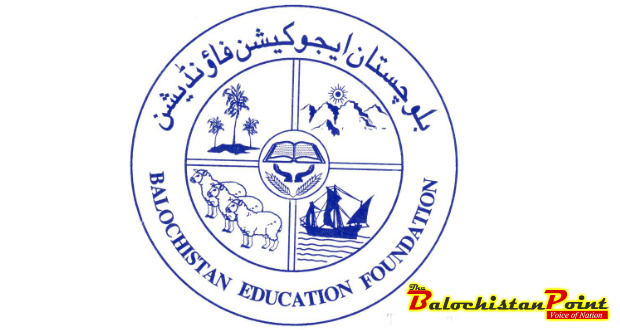 Deception in the Name of ‘Education Emergency’ Continues in Balochistan

The incumbent Balochistan government imposed education emergency in the province from January 2014. The educational budget was increased to Rs 42 billion in the last budget. However, different actions taken by government in the name of the educational emergency prove it to be nothing more than a political gimmick. Approval of Private Educational Institution Registration and Regulation Authority Act, 2015 is the latest example.

Earlier this month, Balochistan government tabled the aforementioned bill in the Balochistan Assembly. As usual, the majority of the members, ruling and opposition parties included, voted for the approval of the bill without even reading it. This act is supposed to regulate the private education sector in Balochistan, but in reality it has more to it in the form of mischievous hidden designs.

Article 3 of this act states that Balochistan Education Foundation (BEF) would be the regulatory authority for the private sector. BEF was set up in 1994 as a semi-government institute to promote education in Balochistan. Since then it has been working on some educational projects funded by international donors. How can such a body be given the status of a regulatory body? This raises eyebrows and proves the hidden designs behind this act.

BEF is controlled by a lobby affiliated with a political party, which is a part of incumbent Balochistan government. Majority of the key office bearers of BEF are politically affiliated. Under the guise of the aforementioned bill, BEF has been transformed as a full-fledge government department to benefit the political workers of the said political party. Never before in history has a piece of legislation been drafted to benefit few workers of a political party, as is the case with Private Educational Institution Registration and Regulation Authority Act, 2015.

That’s not the only problem with the proposed regulatory mechanism for private schools. The proposed setup would be a huge burden on the provincial exchequer for no reason. As per the aforementioned legislation, government of Balochistan would provide annual grants and separate budget allocations to BEF. Scores of employees working on contract would be regularized and their salaries would be drawn from provincial exchequer. Existing educational department apparatus could have been used to regulate private schools and colleges. However, that would not have served the vested interests of one of the ruling parties and hence this evil design was concocted at the expense of the provincial exchequer.

Moreover, one of the major problems faced by Balochistan government is establishment of multiple parallel organizations that have similar tasks. Rather than using resources for educational department, parallel organizations are being created for tasks for which the directorate of education already exists. So, in the name of educational emergency self-serving decisions are being made that are against the interest of people of Balochistan.

This episode also reveals the flawed priorities of Balochistan government in the field of education. In the education sector, the most urgent need is to establish more secondary and intermediate boards. At the moment there is only one such board in Balochistan which has miserably failed to cater to the needs of schools and colleges in 32 districts of the province. An example of this failure was the Intermediate result this year, which compelled over 3,000 students to protest against the Balochistan Board outside its main office in Quetta.

In addition to that, the proposed regulatory mechanism has created loads of problems for small private schools. Large private schools which are part of country wide school chains will not be, in any way, affected by this mechanism due to their powerful lobbies. However, small private schools have had to bear a great deal of inconvenience. All private schools have been asked to re-register with BEF within 90 days. Even those schools that were registered by the education department a week before the establishment of this body will have to re-register. Apart from that, private schools are being asked to ensure different arrangements in their schools such as large playgrounds and computer labs which are not even available in certain government schools. There is absolutely no logic behind these flawed decisions. As a reaction, associations of private schools in Balochistan have started their protests against the new system all over the province.

The new regulatory mechanism would increase the expenses of the private schools. As a result they would be compelled to increase the fees, and justifiably so, and ultimately the students and their parents would have to pay the price. So, technically BEF as a regulatory body would result in making it difficult for people of lower-income backgrounds to admit their children in private schools.

Flawed decisions based on political interest, such as declaring BEF as regulatory body, is tantamount to playing with the future of people of Balochistan. The irony is that all of that is being done in the name of education emergency. After experiencing the attitude of incumbent Balochistan government for two and half years, it’s futile to hope that they would reverse this decision. Perhaps the only way left is that civil society of Balochistan openly protests against this regulatory mechanism.

Published in The Balochistan Point on November 6, 2015

Education 2015-11-06
Editor
Previous: Letter: Library in Nokabad, Gramkan Should Be Reopened
Next: Chagai: Threats Issued to a Journalist In Panjgur Condemned