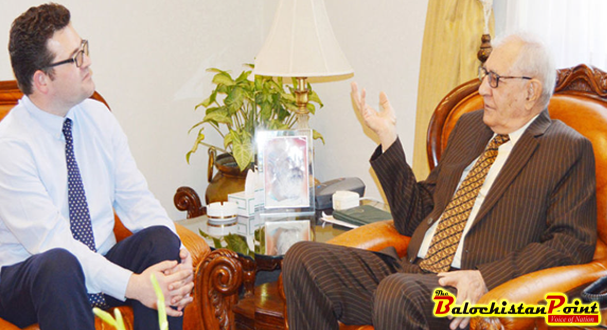 QUETTA: Governor Balochistan Mohammad Khan Achakzai on Wednesday said that efforts were underway to provide best health, education and other fundamental facilities to masses in the province.

He was talking to Director British Council Sindh and Balochistan Christopher Hunt who called on him here at Governor House on Wednesday.

They discussed various matters of mutual interest and issues related to development of the province during the meeting.

Governor Mohammad Khan Achakzai said that Balochistan is large province and its population is scattered making it difficult to provide fundamental and basic facilities to masses.

He said that steps were being taken to provide standard education through international cooperation.

Director British Council said that his country was keen to extend more cooperation in health and education sectors.

Published in The Balochistan Point on May 18, 2017