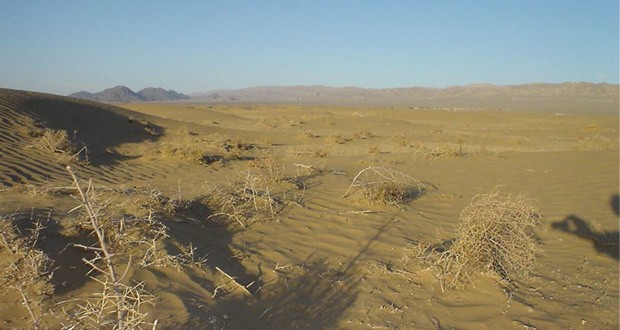 QUETTA: QUETTA: Muhammad Haleem, 46, a farmer by profession, in Noshki district does not seem happy with farming anymore as he did not achieve what he was expecting to get from farming.

“Though we irrigate our lands through tube-wells but drought hitting Balochistan for the last couple of years, dry spells and lack of rain have left negative impacts on the crops of wheat, cumin and watermelon,” said, Mr. Haleem who worked along with his three other brothers as farmers but did not achieve the desired income.

The woes of agricultural and livestock sectors of Balochistan, the largest province of the country in terms of land mass, are multiplying with every passing day owing to looming drought that has once again hit the province.

The government of Balochistan has formally announced that Balochistan is facing drought due to dry spells, little rain and snow-fall in winter season.

“29 out of 32 districts of Balochistan have been affected by the recent drought,” said Director General Provincial Disaster Management Authority (PDMA), Noor Muhammad Jogezai.

He said drought was a big problem for Balochistan as it had severely affected livestock and agriculture sectors. “Draught has had harsh impacts in some districts,” he added.

PDMA has also issued emergency warnings to all provincial departments, including that of agriculture, irrigation and food, regarding arrangements to tackle the situation.

It is not the first time that the people of Balochistan have to face drought rather it has a history of sufferings caused by draught. The most recent of those was long drought that badly hit Balochistan from 1997 to 2003 causing famine like situation in the province.

According to United Nations Report, a total of 0.798 million hectares remained uncultivated in Balochistan and 1.76 million livestock perished by 2001 because of the drought.

The six year long drought is said to be the worst in the history of Balochistan. The shortfall of rain created a humanitarian crisis with food shortage and the outbreak of diseases taking the toll of affected people into millions.

“Over 80% of the province’s population lived in rural areas and affected by drought most of them started migrating towards cities in order to survive,” said Shakila Naveed, an environmentalist, adding that this influx of internally displaced persons in the cities caused social and economic problems in the province.

According to metrological officials, the arid region receives a very low average of only 2 to 25 mm rain monthly even under normal circumstances. This average is by far the lowest compared to other provinces of Pakistan.

“Our livelihood is completely dependent on rain but for the last five years we are experiencing either complete draught or erratic rains in Nushki and its adjacent districts,” said Mir Zahir, 43 year-old farmer in Nushki district.

He said farming was easier in the past because rain was sufficient. “It hasn’t rained here for the last seven months now. I and many other farmers couldn’t sow any crop this year which would cause food shortage for us in upcoming days” he added.

Balochistan known for its wealth in gas, oil, coal, gold and many other riches has very less to offer to its inhabitants. Most of the people of the province make their living through agriculture and livestock.

Only two districts of Balochistan: Nasirabad and Jaffarabad have a canal system of irrigation which is connected to a tributary of Indus River. The rest is irrigated through the control of floodwater, rain, karezes, springs and tube wells.

Although the irrigated crop production has the major share in the agricultural economy of the province, dry-land farming of Sailaba (floodwater) and Khushkaba (rainfed) have been very important for the livelihood of the people. The production of Sailaba and Khushkaba depends totally on rainfall.

The fall in precipitation in the Balochistan resulted in drying up of karezes and springs. The farmers running out of options started pumping the underground reserves. After 1997-2003 drought the number of tube-wells in Balochistan increased rapidly. According to an estimate by the International Water Management Institute there are over 21000 tube-wells in the province. Over 40% of the irrigated land is now watered through tube wells and that source is also drying down fast as rain becomes scarce and unreliable with every passing year in Balochistan.

He said the tube-wells had started to dry up and farmers are digging deeper in search of water that has further aggravated the situation. “Now the water level has dropped to 800ft to 1000ft in areas where water level was at 300ft,” he added.

“Steps need to be taken on immediate bases to help cope with the developing crisis” said Shakeela Naveed, adding that now the government authorities had formally said that 29 districts of Balochistan were affected due to drought thus swift action is needed to tackle the situation. “Considering the scale of impacts of the recent drought international assistance should also be sought to avoid Thar like situation” she added.

Published in The Balochistan Point on January 11, 2015

Disclaimer: Views and Opinions expressed in this article are those of the author and The Balochistan Point not necessarily agrees with them.

2015-01-11
Editor
Previous: NTS Has Earned Rs. 50 Million From Job Applicants Of Balochistan’s Education Department
Next: Dismal State Of Education In Balochistan: 1.8 Million Children Out Of Schools