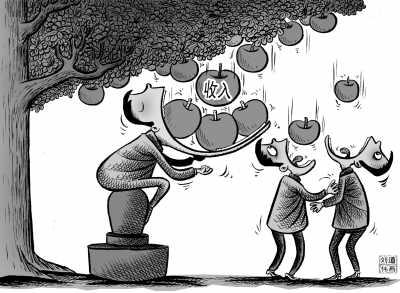 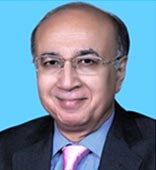 THE Baloch are feeling hard done by and are angry. The causes of their protest, if not distress, are historical and deep-rooted; their significance should not be trivialised by arguing that the uprising we are witnessing in the province is being stoked by India.

Although the latter may be true it is Baloch grievances which are fuelling the present insurgency. This article examines the economic aspects of their complaints after the 18th Amendment and the recent NFC award under which the distribution criteria covering individual provincial shares and the enhanced share in the divisible resource pool of provinces as a whole was revised.

Balochistan’s request that ‘area’ or inverse population ratio as a criterion for allocation of resources between provinces (to reflect the minimum cost of establishing a social service delivery outlet in a province with small and scattered settlements) did not, in my opinion, get adequate weightage.

This writer strongly believes that to satisfactorily address the grievances being articulated by the Baloch a new federal structure has to be devised for the long-term sustainability of the state. This will require recasting the Constitution and the establishment of a more viable structure that further strengthens provincial autonomy under the 18th Amendment. This realignment should, in essence, entail the handing over of full control of all key resources (especially those found below the ground, like oil, gas, major minerals) to the provincial governments in which these resources are located. (Currently, the provinces have 50pc control which has not been implemented either.)

In defence of this proposal this writer would argue that if Pakistan’s political and economic structure were to be implanted in the US (and for that matter in other federations in the world, like Canada and Australia), Texas with all its oil, would not be rich; instead entrepreneurs in New York and Washington would be living it up. Contrast the situation in the US in which the wealth of Texas belongs to the citizens of that state with that in Pakistan where Balochistan, the owner of this country’s lifeline and richest resource historically, is the least developed province in both physical and social infrastructure, the extravagance and profligacy of the elected Baloch leadership notwithstanding.

More importantly, whereas Punjab government can carve out its own vision and development agenda for the province, Balochistan, whose two principal assets are its minerals and its coastline, is unable to develop its own growth strategy, since both assets are essentially controlled by the federal government.

The argument that the provincial government is a partner in decisions made by the federation on such matters and is paid a royalty (in whose determination the provincial role is limited) for its minerals is a weak one without recognising the provincial right to ownership and full autonomy to take decisions over the utilisation and disposal/leasing out of these assets.

The lament of government spokesmen that the narrow interpretation of Article 158, which gives the residents of the province, where the gas is found, precedence over others in its utilisation, results in its non-productive consumption and is unfair to other users conveniently forgets how Punjab imposes Section 144 literally every year on the movement of wheat so that it can buy the crop at a price lower than its market price so that it can subsidise its consumption for its own citizens.

And the injustice does not end here. While the other provinces have been selling their cotton and wheat and related products to the Baloch at higher than world prices the latter have been made to provide their gas to the residents of other provinces way below world prices, reflected also in the nominal royalty payments received by them on this scarce resource.

Therefore, the Baloch should have full control over their minerals and be allowed to charge international prices for them the same way decision-makers in other provinces and at the federal level support world prices for other products on the pretext that these are produced and sold by the private sector and that good economic policy should not dis-incentivise efficient investments through a regime of distorted price structures.

Islamabad has to be also forced to shelve many activities that it is performing, partly on the plea that the province does not have the capacity to carry out such projects (which the federal agencies themselves execute through private consultants and contractors!) and that most of the funds allocated to the province under the NFC award or through special packages were transferred by the provincial leadership into personal coffers.

Federal programmes include Gwadar and Gadani (in partnership with the Chinese), the Saindak and Reko Diq projects and provincial roads. These schemes, which are also poorly designed and not based on local needs and provincial priorities, should be implemented by the provincial government. It is just that the federal government will simply not let go of functions that rightfully belong with lower formations of government, while refusing to shed weight by correcting the incongruity of its size and the expanded role and mandate that it has arrogated to itself.

Moreover, the argument that there is a need to prevent the siphoning off of funds by the corrupt leadership in the province is an amusing one. This is considering that those making it neither have clean hands themselves nor are accountable to voters in the province on whose behalf this money is being spent on a range of projects that may not be accorded similar priority by the provincial leadership. In fact, taking this line of reasoning to its logical conclusion, we should still have been the colony of the honest and benevolent Brits.

Therefore, the answer to the existing unfair arrangement lies in such solutions and a genuine federal system and not in conjuring a political system around some misconceived notion of ‘supreme national interest’ nor by simply increasing the size of the federal government’s development programme in Balochistan and enhancing the job quotas for the Baloch in federally managed public services and projects. (Courtesy: Dawn.com)

The writer is a former governor of the State Bank of Pakistan.

2013-08-06
admin
Previous: Balochistan: 14 killed, including three security officers at in Bolan
Next: Flood Victims in Dire Need of Relief