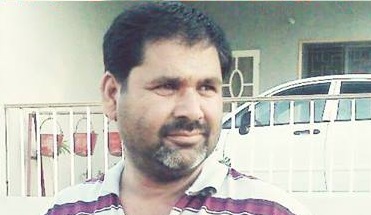 Balochistan has been suffering from extreme murder of teachers, doctors, students, political activists, human rights defenders and intellectuals. Unfortunately, none of the killers have been arrested or government made efforts to mitigate these heinous acts against Baloch people. The recent target killing of Professor Abdul Razaq is part of the series, what the Baloch political activists and nationalist name it “Baloch Genocide”

Khuzdar city and the surrounding of it are marked for extreme human rights abuse and worsened law and order situation. More than five journalists and number of teachers, political activists and human rights defenders have been target killed or forcefully abducted in past in this restive district.

Apart from Khuzdar, a large number of intellectuals and Baloch teachers have been killed in last five years, who were cream of Baloch society. Professor Abdul Razaq was among few of the Baloch teachers, strived for the development of education in Khuzdar city.

Razaq Baloch held his Masters in Economics and he was teacher at Government College Khuzdar. Keeping in view the poor quality of education in Balochistan, He founded National Science Academy Khuzdar, a private institution in Khuzdar. In his institution he gathered well educated teachers from Engineering universities and residential colleges to work for educational development and provide an opportunity to the poor students of Balochistan to learn Science and Math subjects   and improve their English language skills. As many as 100 Engineers, Doctors, Zoologists are the production of his institutions with in last five years.

Having observed the series of target killings of teachers and intellectuals, it is not wrong to say, that 1971 of Bangladesh is being repeated in Balochistan, when a number of professors from Dhaka University were killed; during the nine-month 991 teachers, 13 journalist, 49 physicians, 42 lawyers, and 16 writers were murdered.

After Bangladesh, now the human rights abuse and same circumstances can be observed in Balochistan. Asma Jahangir, the senior member of human rights commission of Pakitsan in her recent visits to Balochistan said: “Law and order is dismal. Citizens are living in perpetual fear. They have no security of life and indignity at the hands of the security forces is routine.”

The murder of Professor Abdula Razaq is great loss and his execution is no doubt, attack on the educated future of Balochistan. It is need of the time, the government must ensure security of the people, mainly, the teachers, who are the eyes and voices of a nation.  The Chief Minister of Balochistan, who claims to have prioritized the development of education, should also make measure to bring the perpetrators to book and ensure protection  of teachers and intellectuals including the common masses.

Published in The Balochistan Point on July 13, 2013