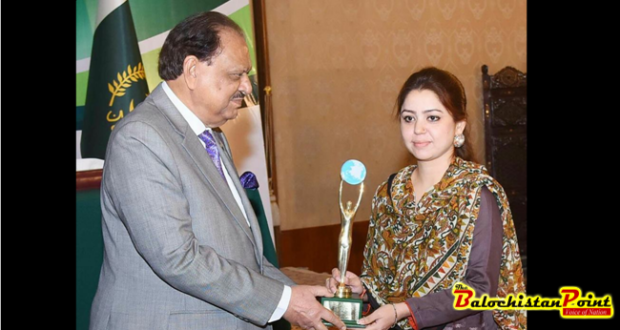 She was honored in an award distribution ceremony held at president House Islamabad, where president of Pakistan Mamnoon Hussain awarded her the best achievement few days ago.

A large number of Federal ministers, members of parliament, ambassadors from different countries and secretaries from different parts of Pakistan participated in the event.

Fatima Iqbal Khan is the first female social activists from Balochistan who has received this awarded for human rights.

Fatima Iqbal Khan is a development practitioner. She has experience of working in the nonprofit sector at different senior positions in many UN, International and National organizations.

Published in The Balochistan Point on December 29, 2016