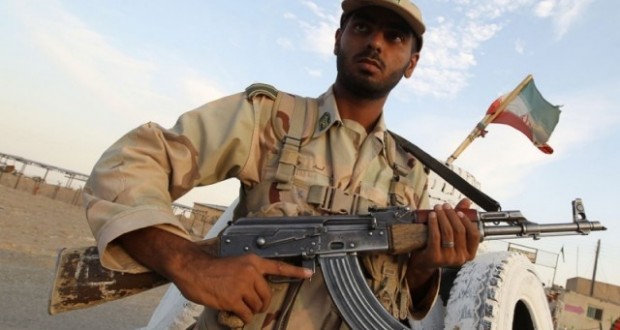 QUETTA: A Frontier Corps (FC) soldier was killed and three others were critically wounded by unprovoked firing by Iranian border guards inside Pakistani territory in Tehsil Mand area – a town bordering Pakistan with Iran.

“A soldier embraced martyrdom and three other personnel were wounded,” a spokesperson said in a statement issued on Friday evening.

“The FC personnel were chasing miscreants when they came under attack by Iranian forces. It was a targeted attack on Pakistani forces,” the spokesperson added. One FC vehicle was completely destroyed due to intense firing by Iranian forces.

Iranian border guards continued firing for six hours. However, Pakistani forces did not retaliate to the offensive of the neighbouring country.

“It is a clear border violation and [against] international law. It is also against the Pak-Iran border agreement,” the spokesperson said. “The firing started on late Thursday night and continued on Friday,” he added.

The spokesperson further said Iranian border guards on Friday trespassed two kilometers inside Pakistani territory in Nokundi area of Chagai district in Balochistan and harassed residents of the area.

Iranian forces raided the house of a suspected Lashkar-e-Ahb militant in Ghaus Baksh Notezai in a village in the Chagai district and took away a vehicle and some items.

“The Iranian forces had taken away a vehicle and other [items] from the house,” an FC spokesperson said.

“Pakistani forces will respond to Iranian forces in the future if they invade or carry out any attack on Pakistani territory,” he said.

On Thursday, Iran issued a veiled threat to Pakistan of possibly crossing the border to contain terrorists if Pakistan fails protect its border and stop terrorists from entering Iran, Iranian state media reported.

It said Iranians will chase terrorists wherever they are found inside Pakistani territory.