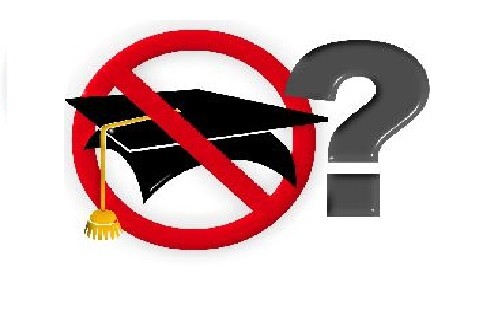 When I first heard that the private institutions in Panjgur are being compelled by an organization named “Tanzeem-ul-Islami Furqan” to abandon the education of girls. My mind reminded me of a Tibetian proverb which says that, “A child without education is like a bird without wings.”  When the recent mishaps witnessed in Panjgur are brought under the light of this proverb. It becomes just a matter of moments to realize that actually the religious militant organization “Tanzeem-ul-Islami Furqan” intends to wrap out the wings of our generation so that the female may fall directly from the skies of literacy and education in the dungeons of darkness where rough and liberate lot only dwell. Furthermore, their ravaging act against education has been called an act in accordance with the teachings of Islam by the organization itself in the pamphlets distributed throughout the city.

The habitants have been strictly warned not to send their daughters and sisters to their concerned institutions, because for them modern education is against the likeliness of Islam and is nothing more than a medium for vulgarity. However, one wonders struck on the ignorance of this organization compulsory for both sexes. In spite of defined teachings of Islam, It seems that education in Panjgur is being forced to relapse to the age of barbarism so that the ability to think and seek answers to some of the recent happenings in Balochistan might be put to bedrocks because, education makes people think, which is not so well suited for these bigots and their encouragers.

Another hanging question has been roaming around the corners of the city during this bizarre scenario, that why the government and media have been utterly silent and have made themselves blindfolded on this matter?  Because a similar issue took place a dozen of months before, Media was the one institution ahead of all others in seeking justice for one Malala Yousufzai but  right now it has put itself behind the curtains of the stage and prefers to stay backstage rather than coming forward and asking for justice for the thousands of Malalas of Panjgur who are being shed of their fundamental right.

This insane activity in Panjgur reminds us of the Theodosius reign, who burnt the Alexandrian library in 4th century B.C. But, the bigots of 21st century proved to be even more cruel than “Theodosius” .unfortunately, this prinking situation compels a student to consider that why  wasn’t  she born in the time period of Ashoka when special provisions for the girls education were made in universities like Nalanda ,Ujjain and Muttra.

However, that was the condition of primitive societies but the focal point is the education and its barriers faced in Panjgur. The daughters of the nation are feeling the torment of this onerousness more than anything else and are awaiting a palliative against the smarting and folly decision taken against their education. But, who would be providing this palliative? Would they be the vultures of the parliament who have put their own nation on a hotbed of misery, pain and suffering or would it be the international human rights organizations which often ignore the voice of voiceless people and  for how long would this act or many others of its likeliness be encouraged by doing nothing against them.

It would be the failure of the government and media if “Tanzeem-ul-Islami Furqan” succeeds in its devilish act. Until there is no drastic action taken against aforementioned outlawed organization, the educational problems in Panjgur will keep mounting and without any doubt the offerings by it will be more despondent and venomous for the students in near future.

2014-05-19
admin
Previous: One Pen and Six Bullets
Next: I cannot torture others but I have been taught lesson of loving humanity: Comrade Lateef Johar