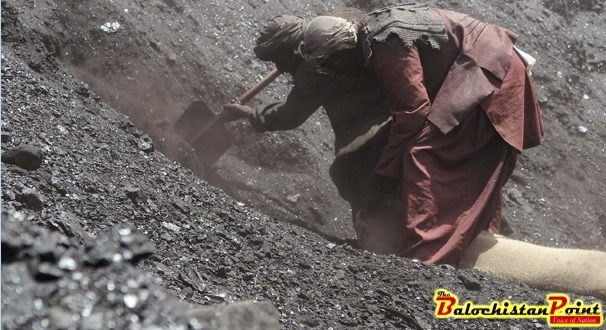 Four die of gas suffocation in a coal mine in Quetta

QUETTA: At least four miners died after inhaling toxic gases inside a coal mine in Quetta’s Sanjdi area on Friday morning.

The incident took place in Sanjidi coal mine, located some 45 km away from the provincial capital of Quetta, in which, two other miners were rendered unconscious.

The miners were working thousands of feet deep inside the mine when suddenly the poisonous gas filled the space.
Rescue workers retrieved the bodies and shifted the unconscious men to a nearby hospital for treatment.

Officials of the Balochistan Mines and Mineral Department also reached the spot to look into the incident.

Earlier this year, in February, eight miners had died of suffocation inside a coal mine in Balochistan province after the mine caved in following a huge explosion.

Published in The Balochistan Point on September 9, 2017

2017-09-10
admin
Previous:  Baloch, the Victim of Drugs
Next: Letter: Cancer Hospital in Balochistan