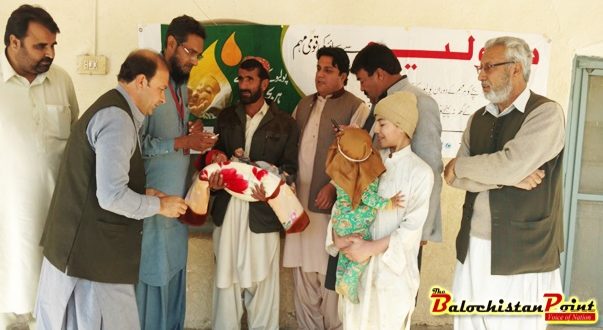 Despite all challenges face by frontline anti-polio workers including cultural bearers, long distances, scattered population and lack of resources, yet they perform their duties from dawn dust to reach every child in every nook and corner of the district. He lamented that their incentives have not been increased since long.

“Health workers are fully committed to make sure that each and every child below five years of age is vaccinated against the infectious disease,” the health official said, adding the district shares borders with South Waziristan, Frontier Region D.I Khan and neighboring Afghanistan.

He termed the anti-polio drive a noble cause and stressed upon the need of zero tolerance to completely eradicate the disease.

“The drives are carried out amid strict monitoring of health and line department officials. Those health workers showing leniency face strict action,” he explained.

He said during the last NID-4 out of total target 8772 nomads and roaming children were also administered anti-polio drops.

DPCR head said the upcoming anti-polio drive will be started from Nov 12 and will be continued till Nov 15, 2018. For the purpose all available resources are being utilized to stave-off the paralyzing disease. During the drive the health department has a target of total 68310 children. He concluded.

Published in the Balochistan Point on November 10, 2018