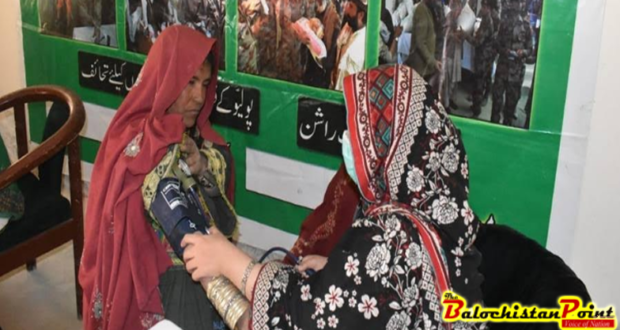 ZHOB: As a goodwill gesture to provide health services to less-privileged communities at their doorstep, Frontier Corps Balochistan (North) set up a day-long free medical camp in remote and poverty-hit area Khadozai here.

Talking to correspondent Rafiullah Mandokhail, Col. Tahir Bashir said that free medical camp was being setup to facilitate the poor and unfortunate population.

“Free medical camp in an area that lacks basic facilities would not only ensure standard health care to the people at their doorstep but would also overcome health issues and control several chronic and seasonal diseases.” He hoped. Meanwhile, Commandant also distributed school stationary and gifts among the children.

2019-03-11
admin
Previous: The woes of the rich land
Next: Government fails to reduce growing unemployment in Balochistan