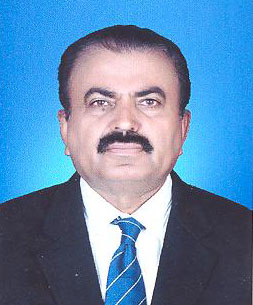 Governor Of Balochistan Dismisses The Infamous Chairman Of BPSC

Quetta: According to a news report, Ashraf Magsi, Chairman of Balochistan Public Service Commission (BPSC) has been dismissed by Governor of Balochistan on charges of irregularities and corruption.

An inquiry was being conducted against Ashraf Magsi by Justice Naeem Akhtar Afghan of Balochistan High Court. The inquiry found him guilty of irregularities and recommended his termination from office.

Over the course of last three years, Ashraf Magsi has been blamed for recruiting candidates after receiving bribery, on repeated occasions. Many candidates and members of civil society have protested against the corruption in BPSC.

The news of termination of Ashraf Magsi is a sigh of relief for the deserving candidates in Balochistan. However Ashraf Magsi was not alone in corruption practices in BPSC, other members of the commission also share the blame.

“The next chairman of BPSC should be appointed on merit otherwise He too will follow the lead of Ashraf Magsi,” said an applicant for jobs in BPSC.

BPSC recruits candidates on all the gazetted jobs of Balochistan which start from BPS-17 and onwards.

Published in The Balochistan Point on November 13, 2014

2014-11-13
Editor
Previous: Federal Govt is Depriving Balochistan of Revenue of Provincial Hospitals.
Next: Baloch Suffering In The Government Of Baloch Nationalists