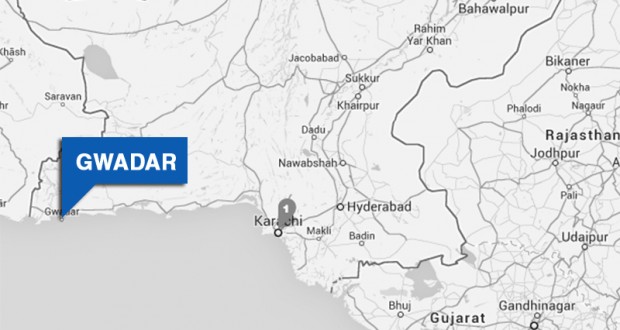 Gwadar Youth Forum with a number of unemployed youth demonstrated on Sunday, in a camp protesting for the right to employment for the educated and skilled youth of Gwadar. Getting unnoticed persistently by the government of Balochistan, GYF declared their just demands before the press.

The organizer of GYF Barkatullah Baloch stated that they had previously protested against the “Rehabilitation of Pasni Fish Harbour Authority” that recruited a number of employees without interview along with this they had protested against the Small Industries Technical Institution that had been involved in mega corruption of millions of rupees even without its existence as well as the employment of one of the ANP worker as the Assistant Director of the non-existent technical center and the employment of ANP’s provincial president’s brother in the newly established GDA (Gwadar Development Authority) Hospital.

Gwadar is emerging as a mega city thus it is the hub of employment opportunities. Locals of district Gwadar are the first people to get the right to be employed thus GYF demanded the Supreme Court to ensure just and fair means of employment to the locals of Gwadar.

Since last month Gwadar Youth Forum has been protesting against the authorities that are involved in providing employment opportunities to the people of other districts with unfair means and political approaches.

Published in The Balochistan Point on October 19, 2014