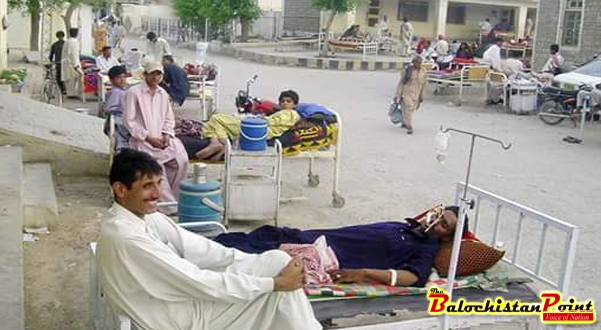 It was shocking news for Abdul Razzaq when he came to know that he had been diagnosed with cancer. The painful saga continued and he lost his complete hand up-to shoulder in two different surgeries.

“I had fever and visited a doctor for checkup, he gave me an injection. However, instead of recovering, my arm swelled; this continued for weeks. I suffered pain and inflammation in my hand and finally my hand was chopped off by the doctors for fear that cancer may not affect other parts of my body,” explained Razzaq his painful ordeal that he encountered in quest to defeat a seasonal fever, never knowing he would end up in such a nightmare.

The relatives of Abdul Razzaq disclosed that he had visited a quack in Mastung and it is believed that not only the doctor was fake but also the injection could have been of a poor quality.

Prominent local journalist from district Mastung, Attahullah Baloch has been reporting health issues in Mastung for long.  He says that Abdul Razzaq is a victim of one of the illegal physicians in district.  He said: “A large number of paramedical staffs run medical stores and work as health practitioners in adjoining  areas of Mastung District  which is a not less than a play with the precious lives of people.”

According to the (PM&DC) rules, the paramedical staff members can assist any doctor in any clinic but they have no authority to practice as a docto

Dr. Asif Shahwani, the General Secretary of Baloch Doctors Forum, says that quacks are not doctors; doctors are those who have qualified degrees, registered by Pakistan Medical and Dental Council (PM&DC). We consider quacks members of paramedical staff who practice in clinics for earning money.

“According to the (PM&DC) rules, the paramedical staff members can assist any doctor in any clinic but they have no authority to practice as a doctor. It is also not their job to perform as a pharmacist.” He added. 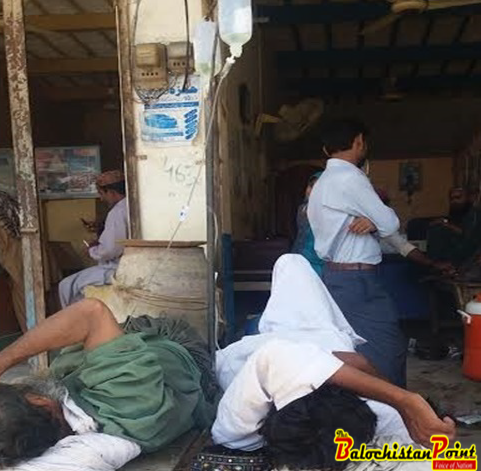 Patients are being treated at a quack’s clinic

For increased number of counterfeit doctors Dr. Shahwani holds responsible the shallow policies of government or the policies which are only present in books but not implemented in the province. Dr. Shahwani also marks the second reason as due to less number of MBBS doctors in far-flung areas of Balochistan. “There should be a strict policy regarding the qualified clinicians in province. The district health management should not allow practicing unqualified persons to run the clinics.” Dr Shahwani told Balochistan Point.

Dr. Zulfiqar Baloch, DHO Kalat told that quackery is not only an issue in Kalat but is an alarming subject in entire Balochistan. “Quacks are not those who do not qualify or are not capable but among them there are those qualified doctors who, despite having no practicing permission, practice allopathic and prescribe substandard medicines.”

Dr. Zulfiqar Baloch said that he considered all those surgeons and other specialists who leave their duties and operate their private clinics to earn money and promote the business of those companies who manufacture substandard medicines.

Yar Muhammad Mengal is a pharmacist at District head quarter Kalat. He is critic of act of running a medical store and a clinic by paramedical staffs. Taking on the issue, he said that there had been number of death cases by the hands of paramedical staff who worked out of their limits.

“Regrettably, all the set rule and regulations are being leveled on the basis of nepotism and favoritism.  Rather than equipping drug inspectors as a force to ensure quality they are being deprived of all facilities, therefore, they face lots of hardships to perform their job well.”    Yar Muhammad Mengal told.

A quack, who only holds Electro Homeopathic certificate of one year course, told this scribe at his clinic in Kalat: “The treatment and price of medicine by government doctors or MBBS at their clinics and medicals stores is very expensive because they charge a big amount, therefore, the poor people prefer to visit us and recover from ailments in less amount of money.”

A patient visiting unqualified medic told The Balochistan Point that there was only a single doctor at hospital and also there was no medicine available. It is worth sharing that the provincial government allocated Rs17.36 billion for health sector during the outgoing financial year, out of which 1.57 billion rupees had been allocated for provision of free medicines to the deserving and needy patients.

However, Yar Muhammad Mengal says that the tendency of poor patient towards fake doctors is due to the fact that they use steroids which give quick recovery but they have very bad side effects. “Steroids are a kind of drug those come in tablet, capsule, inhalers and in some other forms. Steroids are effective and lifesaving medicines, but they can also cause side effects because of their side effects, they are usually only used for a short period.”

The Assistant Technicians and Hygienists are not allowed legally and are not competent to treat the patients, however, it has been noticed that they are treating the patients as a qualified dentist, and putting their health at great risk. The government is taking no action against them working in the dental healthcare, which is an important step to top this tragedy. 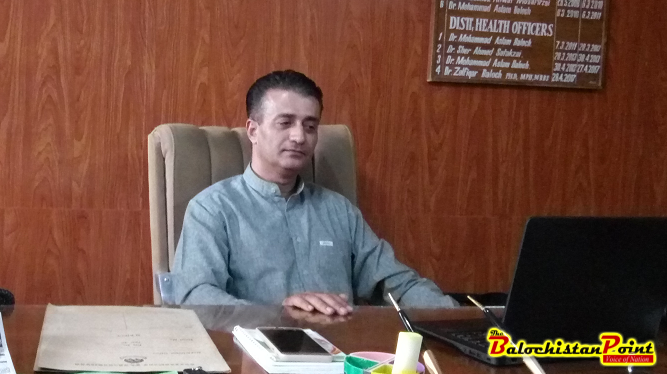 “As PMDC is a regulatory authority that only can instruct the Government to take strict action against those who are selling dangerous medicines to innocent people and practicing as dental doctors but now this is the responsibility of the Government to implement.”  Said Professor Dr. Mujeeb Baloch.

In order to ensure provision of quality in health sector Dr Mujeeb Baloch emphasized on changing the existing rules and suggested: “Government should involve all stakeholders to make the rules and implement them, as there is very less penalty for these crimes.”

Khuzdar holds the significance of being the second largest city of Balochistan, having population of over one million. Business of spurious and substandard medicines is also on rise.

Talking about the situation in Khuzdar and role of civil administration and Quality Control authorities social activists Ubaid Zehri said that there were more than 30 medical stores in the city and most of them sold spurious medicines. “Some of them are being run without license and purchase medicines from illegal and unregistered companies for sale.” Zehri added.

Drug Quality Control Board Secretary Dr. Imdadullah Baloch has been actively working regarding quality control of drugs. He has repeatedly shared with media that an alarming 80 per cent of the medicines being sold in Quetta and other parts of Balochistan are found to be counterfeit.

“At institutional level some mechanisms are functional and working hard to ensure the availability of quality drugs. Within last 08 months 138 cases of quality concerned nature have been prosecuted in the competent court of law.” Dr Imdadullah Baloch added.

Explaining the efforts to ensure drug quality control in Balochistan, Imdadullah Baloch said: “The mechanism involves multiple factors to ensure the quality of drugs; the responsible quarters are working in collaboration. As for as the Provincial Quality Control Board is Concerned; for the first time PQCB has taken the task to directly supervise the monitoring activities. Loopholes of the system are closed so that culprits may not take any technical advantage. It is ensured that anyone involved in any sort of illegal activity must face the music.”

A large number of medical stores are seen being run by unqualified pharmacists or paramedical staff in Baochistan which is a great threat and can cause threats to human lives. Though the prescribed laws bound every drug sales exhibit to be run and supervised by a qualified pharmacist.

Imdadullah Baloch expressed his concerns pertaining above mentioned issue.” Ironically no one has paid any heed to this legal and professional requirement. In the past many medical stores were operating without any proper license or legal obligation. We are trying our best to ensure that any business outlet involved in drugs sales should be licensed. Licensing criteria requires the qualified pharmacist; this is the only way to ensure the presence of qualified pharmacists in the drug stores. Giving an accurate ratio may not be possible but regretfully I may say that majority of medical stores are run by illegal or unauthorized individuals instead of qualified pharmacists.” 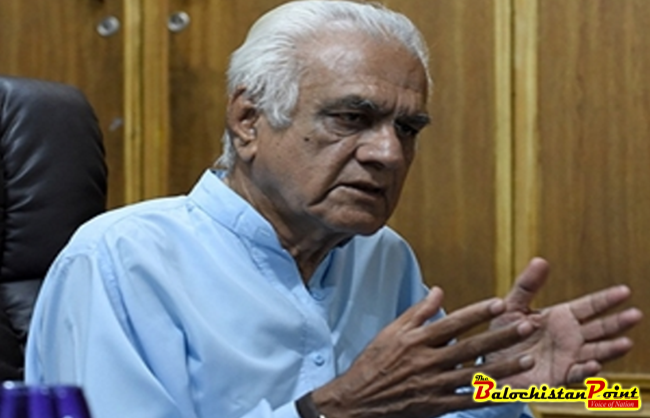 Siddque Baloch, a  veteran Journalists an analyst and Editor-in-chief of Balochistan Express, answering a question about failure of health department for provision of quality health practices and drug quality in Balochistan, said that there was no Government at all in Balochistan. The entire Government had launched a hunt for the political opponents ignoring all other issues by design. There was no concept of accountability.

“No one knows who is performing duties in remote health care centres and who is not. The Government and its functionaries are least interested in it. Even they allowed the senior doctors and surgeon to leave their duties in all the major five and six hospitals in Quetta and operate their private clinics at the expense of public exchequer. Doctors go on strike punishing the people instead of putting pressure on the Government to accept their demands, if they are legitimate or not. For pay-raise the doctors can go to any extent punishing the patients and sparing the rulers or influential people. Thus there is no Government, no accountability and top officials are least bothered to improve the things as Mafia is governing the Provincial Health Department,” he added.

In order to ensure provision of quality in health sector Siddque Baloch said that a responsible Government, accountable to the people of Balochistan, could ensure a better health policy by punishing the ghost doctors or the butchers operating hospitals in the private sector.

“Health and Education both should remain in the public sector and there should be a clear ban on private schools and private hospitals as the people are very poor. The doctors got free education at the cost of the public exchequer and they should serve the poor patients on priority basis. Money motive in health sector be banned completely,” he suggested.

Published in The Balochistan Point on May 17, 2017