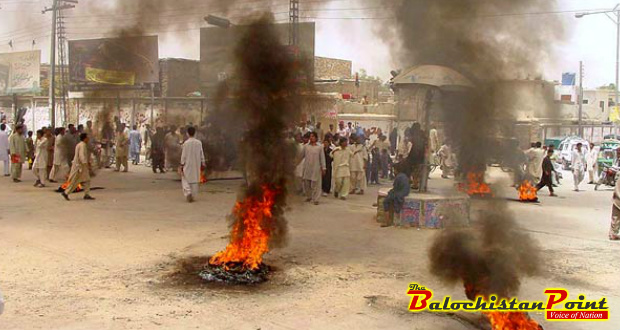 One of the main reasons for plight of higher educational institutes in Quetta is the hooliganism of Students organizations. Whether these student’s organizations belong to Baloch and Pashtun nationalist parties, mainstream parties or religious parties all of them have contributed in destruction of education, in Quetta in particular and Balochistan in general.

Last year two goons of a student’s organization, in University of Balochistan (UOB), quarreled with a student over a certain seat in class. When the student was unmoved by the threats, the members of Student’s organization called more of their goon partners and brutally beat up the student. That’s not just a one-off incident but example of what transpires in UOB and other colleges of Quetta on normal basis.

Members of Student’s organizations are not interested in studies and use their influence to get good grades.

It’s interesting to mention that members of these student’s organizations are mostly not interested in studies. They just go to university for the sake of time pass and having fun. They use the influence of their organizations to ensure that their attendance is marked and they also manage to get good grades at the end of semester. Unfortunately, such students don’t let the other students to study. Many students who have come from far flung areas such as Turbat, Gwadar, Pasni and Panjgur, approximately 800 to 1,000 Kilometers away from Quetta, face great deal of inconvenience due to hooliganism of student’s organizations.

In order to pressurize the administration of institutes, these organizations use the tactic of boycott of classes. These boycotts will be called by those organizations for fulfilling their demands. Normally, half of the time during a semester classes are boycotted.  As a result of the hooligans of the said organizations, hostels of students also get sealed form time to time. Those students who have come from far flung areas face a great deal of trouble once the hostels are sealed because they don’t have any other place to stay.

Classes are boycotted in University of Balochistan half the time due to student’s organizations.

At times, student organizations fight with one another on petty matters. These fights turn out to be too violent and institutes are closed as a result. This not only results in depriving hard working students of their studies but it also creates a feeling of hatred between students of different ethnic backgrounds.

Tumor of Student’s organizations must be eradicated from institutes for the sake of betterment in education standards.

It is the responsibility of the concerned institute administrations to bring these organizations under a tight leash. Students should be allowed to study with peace of mind and achieve their goals. That can only be done once the tumor of Student’s organization is eradicated from institutes of Quetta especially from UOB.

Education UOB 2015-09-03
Editor
Previous: How Social Media Affects Us?
Next: Importance of Sustainable Development for Balochistan