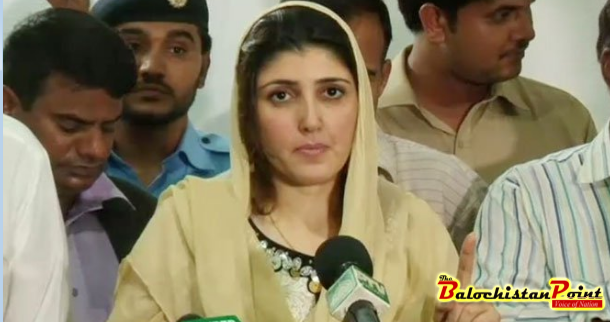 I will not resign from my NA seat: Ayesha Gulalai

ISLAMABAD: The former Pakistan Tehreek-e-Insaf (PTI) member Ayesha Gulalai announced that she will not resign from her National Assembly seat, adding she doesn’t believe in personalities like Imran Khan as a person should have moral character.

She gave a fiery address in today’s National Assembly session, rejecting ‘the trend of abusing others’ and slamming the senior leadership of the opposition party. Gulalai pointed out that no one can save the nation from downfall when due respect is not given to the mothers and daughters.

“Being MNA, it is my duty to protect the honour of women,” she added while explaining that Islam also preaches cleanliness of the soul. PTI lawmakers. especially women, chanted slogans against her but she remained undeterred, claiming to know on which merit PTI women get selected. She admitted that weak women face discrimination and no one answers to their call.

While advising women, she said no compromise should be made on respect and honour. Ayesha Gulalai criticised PTI’s ‘social media brigade’ for abusing and threatening anyone who parts ways with the party. She claimed that people are now taking revenge from her family, including her father and sportswomen sister.

She praised Bilawal Bhutto and Jamaat-e-Islami for supporting her, and made it clear that no threat can stop her. “Accountability commission is involved in revenge action against me,” she alleged. Gulalai requested the humanitarian and women rights organisations to stand with her family.

Published in The Balochistan Point on August 8, 2017