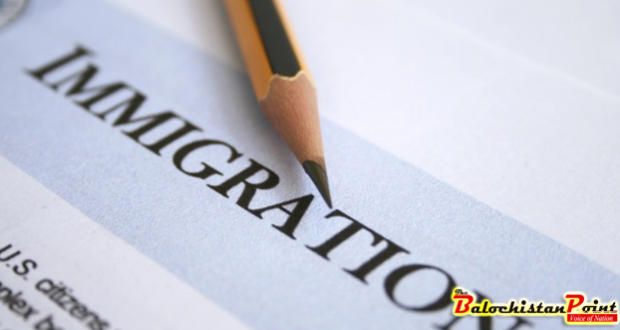 Immigration issue and the policies of the world

The issue of refugees and immigrants seems gigantic challenge to European countries. The aspiration and relief for the new life of grieved people has become a major problem to the developed world.

This seems injustice to the peace and tranquility seekers; it has brought ethnic and racial segregation. Difficulties in the life of immigrants have already disturbed them to be settled and live peacefully in their homeland because of being adversely affected into the war. Abrupt shift in policy adoption for immigrants has opened wide challenge to live with peace.

The policies of European countries for not allowing immigrants be settled in their country seems to be creation of myriad of problems to the war affected immigrants. It has become impossible for refugees to migrate to other countries because of considering them as alarming as they are terrorists. Immigrants seem as zombies of the world. Their arduous journey to peace and prosperity to live with comforts and contentment of life are deemed as threats. It must be noted that in the contemporary world, there are 60 million people who have no state and are in search of asylum to be part of any existing state and its culture. They are common people and they need tranquility and pleasure, they do not have racial and ethnic concerns with any person and state. Giving shelter to immigrants and allowing them to be part of European culture and norm is humanistic approach but this is ironic that almost all developed countries look worried to large influx of migration of people from affected countries.

An uncertain future is better than a doomed present. Middle Eastern countries are considered to be severely inflicted into war, such as Iraq, Syria, Somalia, Yemen and Afghanistan and great powers seem far-fetched to grievances of immigrants. The policy of European states of minimizing the number of arrivals is worse strategy because it could not yield a significant outcome. Controlling the number of refugees is as fostering a wrong verge, it must be noted that immigrants have remarkable efforts behind the success of well development of the states.

Today the United States takes a great pride as having ascendancy in the world with brilliant laws, she talks of human rights and peace and settlement but it seems unscrupulous to the issue of immigrants. It must be remembered the abnegation of immigrants in building the nations. Today America is deemed to be developed state in the world behind the development of it immigrants had great abnegation. It seems very ironic when the interest of great powers becomes more valuable than the humanity. France, the home of liberation seems ironic from its genuine slogan and have drawn deleterious policy to Muslim women being nude and taking off their Burkines.

In every stage of the world Muslims are overwhelmingly triggered to the difficulties either they are drawn into the war or considered as burden to the world order. In Denmark the rise of racism calling Muslims as terrorists and as well kicking them out, is a catastrophic mistake. These immigrants are already inflicted of war, and further playing with their emotions is not a fair deed. They are those who have remarkable efforts in the building of nations. Putting them in danger seems to be worsening the situation in the world. Even republican nominated U.S. president elect Donald trump undoubtedly promised to ban the entry of Muslims and build a wall with Mexico to keep out immigrants is adopting the fractious path that would not yield landmark achievement.

Owing to, immigrants, the states developed their nations and succeeded in the world. Efforts of grieved people have high importance in the building of states and nations, all immigrants are not terrorists and evil minded, they are also builder of societies and important figures for nations. Christopher Columbus the man who discovered America was not citizen of United States but privileged him a higher reputation. Australia is another built by immigrants, its national anthem promises refugees to all newcomers but some elements in Australia are refusing to provide shelter and considering them as threat to their nation Strategies that the world has drawn are perilous to those who once had done brilliant job for the development of nations.

Everywhere people those have been inflicted by war seem in the undermining condition. Fighting in war affected regions seems first priority to great powers but help survive refugees for peace and settlement is considered be dubious, this is grotesque strategy.

Why developed nations have forgotten the abnegation of immigrants who had done tiring efforts to the building of nations. So the policy of kicking out immigrants from European soil must be altered and remembered the sacrifices of immigrants and save the life of disgruntled people.

Published in the Balochistan Point on December 26, 2016