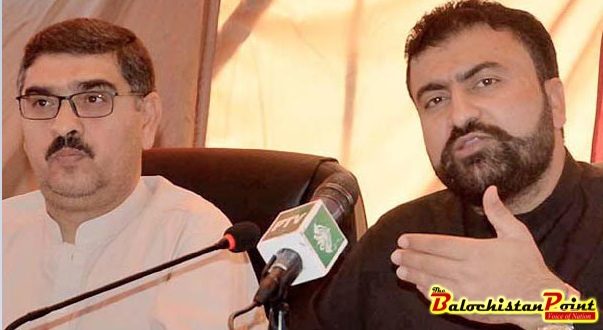 Islamic State has no existence in Balochistan: Sarfaraz Bugti

QUETTA : Balochistan Home Minister Sarfaraz Bugti has on Tuesday revealed that the militant group  Islamic State of Iraq and Syria (ISIS)  has no existence in Balochistan. He said this  While addressing a press conference along with Balochistan government’s spokesperson in the provincial capital.

Sarfaraz Bugti also revealed at the occasion that an intelligence based operation was carried out in Quetta in which two commanders identified as Nazar Muhammad and Muhammad Jan who hailed from the banned outfit were killed during it.

“The terrorists killed in the operation were involved in attacks on security forces and innocent civilians.” He said.

The home minister said that unless and until we did not receive the dead bodies of Chinese Nationals, no confirmation as to their deaths could be made.

The spokesperson of Balochistan government expressed at the occasion that operations were being carried out against terrorist.