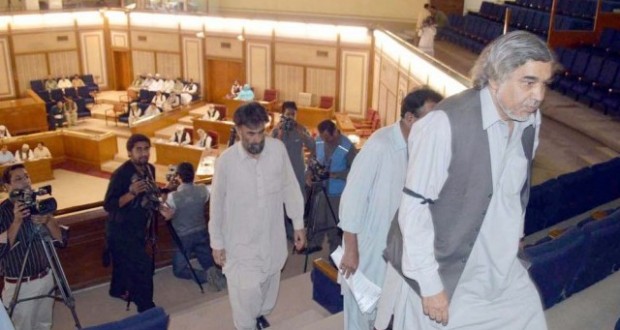 President of Quetta Press Club, Raza Rehman presided over a meeting of joint media action committee on Monday. It was decided in the meeting to boycott Assembly session because government has failed to make its promises good.

Earlier, Balochistan government had promised on floor of the house to transfer the incumbent Director General of Public Relations (DGPR) by 20th September.

The committee also announced to hold a token hunger strike camp outside balochistan assembly to protest the failure of government in arresting the killers of slain journalists. The hunger strike camps will be held from 11 AM to 6 PM, till 27th September.

According to sources, current DGPR of Balochistan has surpassed all the records of corruption and the journalist community wants to get rid of him.

Published in The Balochistan Point on 23th September, 2014.