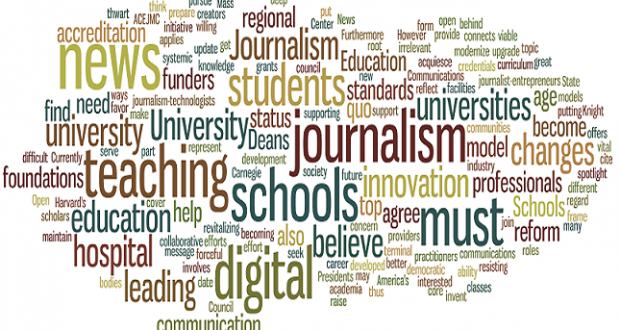 Balochistan media only focuses on “he said, she said” which can be simply called “Munshi Giri” or flattering. There is no focus on social aspect of issues demanding accountability in the public interest. Most of the journalists in the province are less-qualified, inexperienced and not trained. The working journalists who have received an academic education in journalism are also facing the same problem because of the poorly designed courses of their journalism education.

Though journalism education was started 27 years back in Balochistan, yet it has not taken an appropriate shape. Since the establishment of the department of Mass Communication at University of Balochistan (UOB) in 1987, thousands of students have graduated from this faculty but the number that joined the profession is very discouraging. And no good progression is seen in the quality of local journalism as it is in the hands of non-professionals.

United Nation education Scientific and Cultural Organization (UNESCO) Series on Journalism Education, 2007 puts it as, “A journalism education should teach students how to identify news and recognize the story in a complex field of fact and opinion, how to conduct journalistic research, and how to write for, illustrate, edit and produce material for various media formats (newspapers and magazines, radio and television, and online and multimedia operations) and for their particular audiences.” But in Balochistan journalism education fails to acquire these objectives. Some teachers who have been recruited to teach journalism are victims of poorly designed courses and have no experience of real practical problems, challenges and opportunities; consequently they are incapable of handling subjects judiciously and are only giving bookish instructions to the class.

Now the Journalism department at UOB has taken a bold step to uplift the standard of education in the department appointing a non-professional visiting faculty member who himself has been basically a student of biochemistry, a double degree holder who studied biochemistry and mass communication. Apart from this he without a single attendance of mass communication in the previous class was allowed to sit in the examinations.

“There is no value of attendance in the department; students who we have never seen in the class have taken positions. It is up to the students whether they attend classes or not because they are no strict rules in the media and journalism department at UOB.” Says a 2011-12 session student

Media and journalism is a multi-faceted discipline including the fields of, radio and TV journalism, online journalism, mobile journalism, magazine journalism, advertising, public relations, development communication, conflict reporting, media laws and media management etc. There are many problems in teaching all the above in Balochistan, the major hurdles are, lack of infrastructural facilities, outdated syllabi, untrained teachers, poor student admission procedures and absence of a direct link between journalism school and the industry to train the students, etc.

According to Dr. M. Chandran, “the ultimate purpose of mass communication training is to build a band of conscious, committed, competitive, courageous and compassionate professionals and nation builders.” Without skilled educator, value-oriented syllabi, alternative teaching materials and trainings, formation of such a band will remain a dream in Balochistan. It is so sad when someone hears that the recent course curricula being taught in department of Media and Journalism at UOB has not been updated for eight years which is not in accordance with the changing media scenario.

Along with UOB, Sardar Bahadhur Khan Women’s University (SBKWU) and Balochistan University of Information Technology, Engineering and Management Sciences (BUITEMS) based in Quetta have started providing journalism education but they are following the standard and policies of their senior institution. The other two universities have established full-fledged departments for teaching journalism but have not developed an ideal course curriculum that meets the present media scenario. They are also teaching the same course contents developed at UOB.

Recently in 2014, University of Balochistan has introduced M.Phil programs in Media and Journalism under the department of Balochistan Study Center. The course curriculum designed for M. Phil program does not differ from contents taught in Masters Level which seems to get failed in achieving its basic objective of strengthening media education and research for the working and budding journalists, media researchers, analysts and teachers.

The author is a research scholar from Balochistan and a gold medalist in Media and Journalism. He blogs at Zakirshams.blogspot.com and can be reached at Zkshams@gmail.com.

Published in The Balochistan Point on December 23, 2014