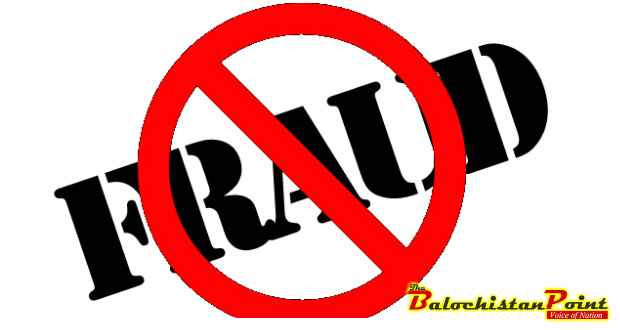 Quetta – Legal action is awaited against a fake recruitment Ad published in local newspaper of Quetta on 6th September.

Balochistan Point had reported on 7th September that a Fake ad was published to deceive unemployed youth to send thousands of rupees to bank accounts as application fee.

Civil Society of Balochistan has submitted an application against the Fake ad with Director of Federal Investigation Agency (FIA) Balochistan.

Civil society Balochistan has submitted an application against the Fake ad with Director of FIA Balochistan.

On 11th September an ad was published on page 11 of Jang-Quetta newspaper which announced that ad issued on 6th September has been cancelled. 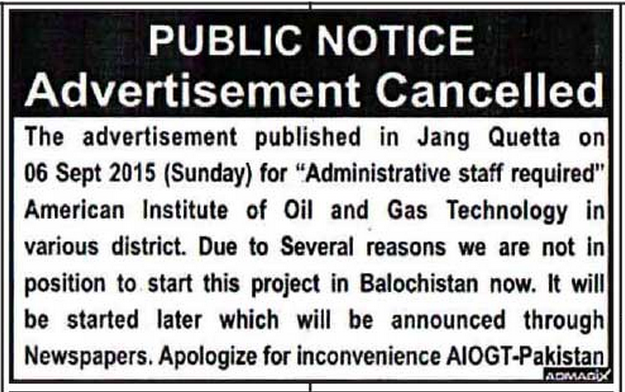 “Ad cancellation is a desperate attempt by people behind the fake ad to avoid legal action,” a citizen told Balochistan Point.

Citizens of Balochistan have demanded from FIA that urgent action should be taken against the perpetrators of fake Ad.

Citizens of Balochistan have demanded from FIA to take urgent action against perpetrators of fake Ad.

“Newspapers should also be instructed to verify ads before publishing them,” demanded a member of civil society.

Published in The Balochistan Point on September 12, 2015