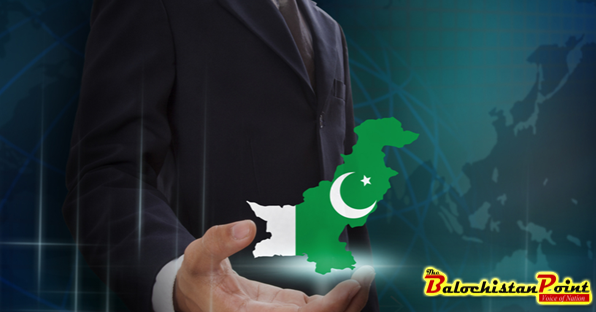 After a real and effective negotiation Pakistan Is coined by Muhammad Ali Jinnah founder of Pakistan side by side the efforts of the poet the philosopher Allama Muhammad Iqbal are also remarkable. In 1934 the idea was suggested by Allama Muhammad Iqbal on the occasion of addressing the student of Cambridge. As well as Jinnah On the occasion of addressing the first constituent assembly he said, “Not just we are wondering the whole world is wondering and it’s is the unprecedented revolution which separate the two different entities and it’s is also unprecedented that the whole world is not parallel”.

From the beginning in subcontinent there was a great population of Muslims but the leaders of the Muslim community ignored the name of East Pakistan for instance, when Allama Iqbal first introduced the idea of separate territory for Muslims he had in mind the Muslim areas in north-west India and did not included Bangal. Even the wording of Lahore declaration 1940, which first pronounced the political aim of the Muslim league for a separate nation did not include the Muslim of Bangal, perhaps because of the distance from the North West territories and east Bengal’s cultural and economic integration with the rest of Bangal. Muslim leaders in Bangal such as Husain Shaheed Suhrawardi and A.K fazal-ul-haq argued before partition for an undivided independent Bangal which would be part of neither India nor Pakistan. They did not prevail and the Muslims population in the eastern Bangal was the partitioned from the Hindus section in the western portion of the province.

Their geographic separation on the subcontinent was accompanied by different world outlook between the two wings, West Pakistan being concerned with the affair in Middle East while the eastern wing looked to south East Asia even in religion there were differences. An American scholar wrote in 1950s that the West Pakistan, tracing its faith to Arabia and Persian. He added, in West Pakistan relationship with Hindus fall in the category of foreign relations, in East Pakistan with the significant Hindu majority they are a domestic concern. The Bengalis were long known as the most political people in British India. Their politics and parliamentary experiences were more mature and complex then found in other province. It was they who gave initial leadership to Indian national movement, who later embraced violence as a political tool.

East Bangal had one ethnic group speaking one language, West Pakistan was an ethic and tribal grouping each speaking a separate language and living by their own tradition and customs. West Pakistan comprised on their own section including Punjab, Sindh separated from Bombay 1931 and NWFP.

Balochistan the largest geographical location and political unit in West Pakistan had several units viz Kalat, Zhob, Lasbela Makhran and Kharan. At the time of independence Balochistan was role by four leaders each having his own group and territory. These leaders did not agree to the role of Pakistan until 1955 and after forced by the center government. The degree of diversity in West Pakistan can be appreciated by observing the differences which excited even within an individual province. Punjab the most prosperous province, rich in agriculture and known for its industrious population. This was more significant to many Punjabis they were provincial differences with a Pakhtoons or Sindhi. This diversity was one reason why the Punjab despite its prominence and strength in other aspects, particularly its leadership in the bureaucracy and military. The KPk and balochistan are tribal areas. The British have valued them for their ability to defend the North West boarder of British India in return for tribute and the right to be tov their own tribal rule.

A large controversies are made on the method of state between a number of groups some were argued that leave the state as it is e.g simple state, some argued that make the state Islamic in which the Ulema also had idea  about the other various systems of state and possessed that only the Islamic system is good and ensure it for the emerging state. In real the state and the accent of Muslim league was showing secular but at last got independence on the name of Islam and also got a status of Islam.

The act of 1935 which became basic constitutional document for the new nation of India and Pakistan when they came into existence in 1947, was the last constitution of British India. One purpose of the act 1935 was to extend a form of responsible government in center, it served as a constitutional vehicle for the transfer of sovereignty from the British parliament to the assemblies of the domination of India and Pakistan. The most important result of the act of 1935 took place in the provinces, the provisional governments were similar in structure to that of federal government and each governor having power within provinces. The act in large the partial responsible government, subject to the continuation of emergency power to enable the British to reassert the control if the constitutional experiment were to get out of hand and endanger imperial hegemony.

Published in The Balochistan Point on April 9, 2017