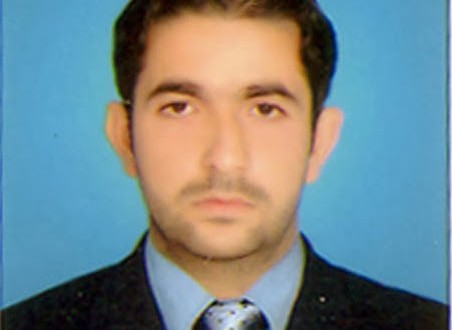 The Indian election of 2014 has astounded many. It was not surprising that BJP defeated congress, experts long before elections predicted that this time it will be BJP sarkar and Narendra Modi who will be the next Prime Minister. The surprise was the clean sweep of BJP. It is the worst defeat congress ever had its 128 years history.

BJP alone has won 283 out of 543; it required merely 272 seats to form its government in the center, which means it will not require the support of any unruly coalition partner. It is a plus point for Modi, but still he will have to face problems of great magnitude.

Modi has been elected as Chief Minister of Gujrat for four consecutive times and unquestionably he has proved himself as an efficient administrator. However, this time the situation will be totally different. Being a Prime Minster of biggest democratic state and second populous country of the world will be much more difficult than being a Chief Mister of Gujarat.

He will face internal as well as external challenges.

The internal challenge will be dealing with the religious minorities. Arguably, he is not in the good list of minorities, especially the Muslims. The memories of communal riots of Gujrat (2002) are still fresh in the minds of liberal Indians. He has been blamed for the mass murder of more than one thousand Muslims. Though, he has denied all the charges but he has not expressed any regrets on the massacre of Muslims. He walked away from the program of Karan Thapar (a prominent Indian journalist) when Mr.Thapar asked him the reason of not expressing regrets on the Gujarat riots.

To be a successful ruler, He has to change his radical views and image and has to become a moderate national leader. Success of his government banks heavily on interfaith harmony in India. A fanatic Hindu Modi will tarnish the soft image of India in the international world and it will also be contrary to the secular constitution of his country. He should work in the framework of his country’s constitution.

To adopt a conciliatory policy towards the minorities will not be easy for him. He will be pressurized by Hindu extremist organizations like Rashtriya Swayamsevak Sangh (RSS) Vishva Hindu Parishad (VHP). Both these organizations are close ally of BJP and they are followers of the ideology of Nazism. They want to change India from a secular to Hindu state. Modi started his political career from the Platform of RSS. Modi will have a difficult choice whether to appease minorities or his allies like VHP and RSS.  He has to display statesmanship qualities to deal with this situation.

Foreign policy regarding the neighboring countries will check his political maturity. Modi should be aware the cardinal reason of congress defeat is slow growth economy, job scarcity and inflation.  Any hostility with the neighbors will be too costly for him. It can be a stumbling block in the path of economic progress. Business community has invested heavily in Modi and enmity or war with neighbor will annoy the entrepreneurs. Any blunder from Modi can result in the exodus of foreign investors and general masses will again suffer from inflation and unemployment.

He should follow the policy of his predecessor Atal Bihari Vajpayee. During the Vajpayee’s tenure good relations between Pakistan and India was on its peak. Political Pandits are of the view that Modi is now a mature politician and he will follow Vajpayee regarding the foreign policy with Pakistan. But, how will he react if a incident like Mumbai take place. He castigated Ex PM Manmohan Singh for not reacting aggressively against Pakistan.

Modi will have no time for rest. America is withdrawing from Afghanistan latter this year. Among all his challenges, Afghanistan policy will be most formidable challenge for him. India’s major concern in Afghanistan is that if Taliban topple the Kabul regime after US departure, Pakistan again will get strategic depth in Afghanistan and it can export Jihadist to Kashmir and also in Internal India. If this happen, Taliban are able to recapture Kabul then it will be do or die situation for India. Modi will be in a dilemma whether to deploy or not Indian soldiers in Afghanistan in the wake of US withdrawn.

All these challenges will test the leadership capabilities of Modi, only time will prove whether he will overcome these hurdles or not.

Writer is an assistant editor of Daily Intekhab, Quetta and blogs atwww.jeeyand.blogspot.com

2014-05-19
admin
Previous: I cannot torture others but I have been taught lesson of loving humanity: Comrade Lateef Johar
Next: Up-coming budget would be prepared after thorough consultation of coalition partners: Chief Minister Balochistan