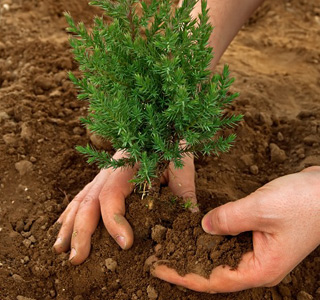 More and more trees are needed to be planted to clean air, Dr Shama

QUETTA:  Air pollution has blemished the beauty of Quetta, the capital of Balochistan, which used to be called little Paris, and more and more trees are needed to be planted in Quetta valley to revive its beauty and provide clean atmosphere to the people.

She said air pollution is a serious issue that needs prompt attention as it is causing health hazards to the people particularly to the children. “Quetta is the heart of Balochistan, stretching over 2653-km was well known for its clean environment and beauty,” she said, adding that due to lack of proper planning, increase in population and massive increase in traffic had not only dappled the clean environment but had also caused numerous health issues.

Dr Shama Ishaq Baloch, who is also leader of National Party (NP) said that through planting maximum trees in Quetta and its surroundings the air could be made clean. “Issuance of thousands of permits to rickshaws is one of the main reasons behind air pollution in the city,” she added.

She stressed for taking tree planting campaign as serious not only in Quetta city but also other parts of the province which would help control many diseases, including that of asthma.-

Published in The Balochistan Point on January 29, 2014

2014-01-29
admin
Previous: CM Balochistan to bring tangible change in agri- sector
Next: Massacre, from Bahesht-e-Zainab to Tootak Bleed and mourn