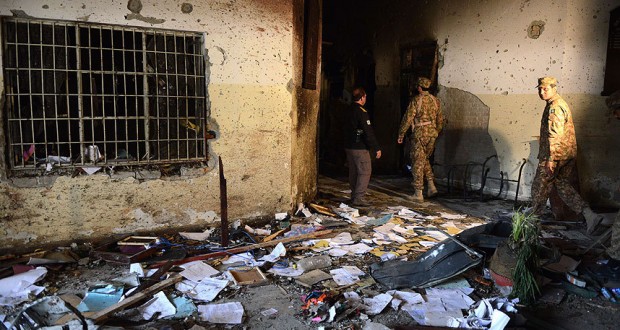 Yesterday’s tragedy compelled me to write for the flowers of Pakistan. School auditorium and student’s uniform drenched with red on December 16th, the blossom flowers, their hopes, smiles, lovely and laughter conversations turned droopy. Some were set to ablaze. The little kids who have no cognizance to slew issues, terrorists, militants or anti-state rebellions, were targeted merely as they were studying in a army leading tutelage. Their only fault was that there were in army public school. The assaults provoked the entire world, all religious incumbents; minorities inclusive are mourning the brutal attack.

As I have no words to condemn this inhumane attack. I salute their morality, encouraging the whole nation by citing that “Our Smiles are much stronger than your gun indeed”. The carried out attacks deviates a message to superior authorities and law enforcement agencies “as you sow, so shall you reap”.

Yesterday’s scenario took me to a decade ago, when such strikes were carried out on a religious seminary, killing innocent children by drone.  Were they part of rebellions? The current situation reminds me of the African quote that “When two elephants fight, the grass is trampled”. In proxy wars, we have lost our beautiful, innocent and sweet flowers. Will the strikes be carried out? Will such innocents of institutions be targeted having different names in near future? When would this brutality reach finality? For how long we would remain victims?

All parties’ conferences would be on trajectory and going on. The stand of Prime Minster and Chief of Army Staff (COAS) cannot return innocent’s lives. When political squabbling is on extent, COAS will travel for raising military aids. We would suffer, security would lapse, infants would be stricken and mourning would be added to our daily routines. The solely thing left is that “They will kill and we will mourn.”

Published in The Balochistan point on December 19, 2014