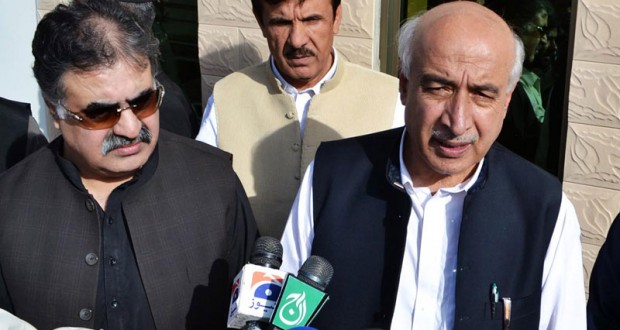 Quetta: Dr. Malik Baloch will occupy the office of Chief Minister of Balochistan for two and Half years and Nawab Sanaullah Zehri will be the chief minister for remainder of the period, according to a news report published in Express tribune.

An agreement was signed during the Muree meeting which stated that Dr. Malik and Sanaullah Zehri will share the office of Chief Minister of Balochistan equally during the five year tenure. Express tribune has got hold of the Muree agreement document. Muree agreement was signed by Mehmood Khan Achakzai, Mir Hasil Khan Bizenjo and Sardar Sanaullah Zehri on behalf of PKMAP, NP and PML-N respectively.

A senior leader of NP talking on condition of anonymity has confirmed the existence of the Muree agreement. A PML-N leader who insisted not to be named suggested that it’s less likely that PKMAP and NP will honor the Muree agreement when the time comes. Jan Mohammad Buledi, Spokesman of government of Balochistan has said that coalition government will decide the future course of action with unanimity.

It must be noted that PML-N is the majority party in Balochistan assembly with 19 seats. NP has got the portfolio of Chief Minister despite having 10 seats only. During the last few months, PML-N members of Balochistan assembly have repeatedly complained about the treatment meted out to them by chief minister. Revelation of Muree agreement has further weakened the fragile government of Dr. Malik Baloch.

Published in The Balochistan Point on August 5, 2014.