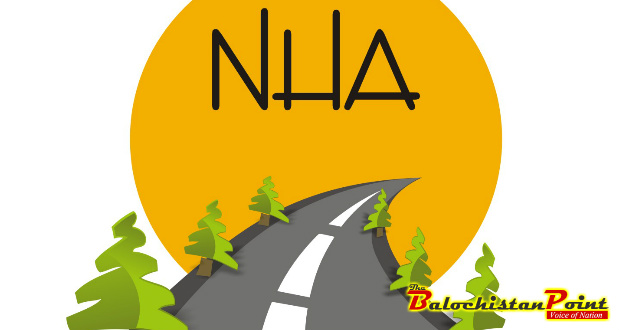 Quetta – National Highway Authority (NHA) has turned down the requests of district administration of Kech to realign m8 motorway to save potential wildlife sanctuary at Talar.

M8 Motorway, which connects Gwadar with Ratodero via Turbat, Hoshab, Awaran and Khuzdar, will pass through Talar, a picnic point and potential wildlife sanctuary.

Deputy Commissioner of Kech, Mr. Mumtaz, wrote a letter to Project Director of M8 on 29th December 2014 requesting minor realignment in the route to save Talar. Letter available with Balochistan Point also reads that DC requested that a delay action dam should be built at Talar.

DC Kech requested NHA to realign M8 to save Talar.

“Talar is located at border of Gwadar and Kech districts, it can be a potential source of water for people of Gwadar city,” Mr. Mumtaz, DC Kech told Balochistan Point.

Letter of DC Kech further reads that if M8 is not realigned than a potential wildlife sanctuary and picnic spot, like Hanna Lake, would be lost forever.

After receiving the letter of DC Kech, Director of NHA in Quetta wrote a letter to General Manager of NHA and Project Director of M8 on 9th January 2015. Director NHA requested higher ups of NHA to look into the request of DC Kech as a top priority.

On 20 January 2015, Chief Conservators of forests (South) also took notice of this issue and directed Conservators of Forests in Turbat to visit Talar and submit a report.

Environment department of Balochistan also took notice of the threats faced by Talar due to M8 alignment. On 17th February, Assistant director of Environment Office in Turbat requested Director General of Environment Protection agency (EPA) Balochistan to ask NHA to realign M8 to save Talar.

“NHA has turned down our request to realign M8 at Talar,” said Mumtaz, DC Kech, while talking to Balochistan Point.

He further expressed his dismay that consultants of NHA in Karachi have developed plan for construction of M8 without conducting any Environmental Impact assessment.

When asked by Balochistan Point about any possible security concerns that can be linked with realignment of M8 at Talar, DC Kech said, “There are absolutely no security threats whatsoever if M8 is realigned.”

Local politicians based in Turbat have also expressed concerns over the inflexible attitude of NHA over the realignment issue.

“We demand that a bridge should be constructed at the site [Talar] to preserve the water source,” Majeed Dashti, local leader of Balochistan National Party (BNP) told Balochistan Point.

“NHA is destroying the natural environment by ignoring the realignment request,” lamented another politician who requested not to be named.

Residents of Kech district have condemned NHA for turning down realignment request without even bothering to offer explanation.

“We would lose a beautiful picnic spot and a potential wildlife sanctuary due to apathy of NHA,” Shoaib Durrazai, a native of Kech district told Balochistan Point.

People of Kech have requested higher ups in Balochistan government and Chief Justice of Balochistan High Court to take notice of this issue and pressurize NHA to realign M8 to save Talar.

Published in The Balochistan Point on September 9, 2015