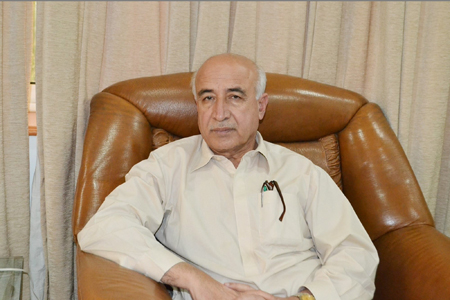 QUETTA: Chief Minister Balochistan, Dr Abdul Malik Baloch has said that every inch of Balochistan would be defended and protected.

“No compromise would be made on Rekodiq copper and gold project because it is the future of Balochistan and it would be utilized for the interests of the masses,” he added.

He was addressing a mammoth public gathering in Kadkocha area of Mastung district on Monday.

Stressing upon further organizing and consolidating NP, he said that we need to expedite our struggle because some frustrated elements were not digesting the better performance of NP.  Anti people- elements are once again grouping against NP because they were restless and worried after power was taken from them with the power of masses that has harmed their personal interests.

CM Balochistan said that Gwadar district was allotted to land-mafia by the corrupt representatives in the past but we have vowed that we would protect our coast and land, therefore illegal allotments made over thousands of acres in Pasni has been cancelled. “The people of Pasni would soon be given land rights in Pasni,” he informed.

He said that defending Baloch resources and land was the key agenda of NP and no compromise would be made in this connection. The situation in the province has improved manifold during the past one and half year and the masses are the witness as no one could raise finger on representatives of NP of being involved in protecting criminals.

He said that after completing of Dadu-Khuzdar and DG Khan Loralai transmission lines Rs 8 billion have been set aside for improvement of transmission line in interior Balochistan that would help ease power crisis.

On the occasion Chief Minister announced Rs 20 million for provision of electricity in Kadkocha and 2000 hours of bulldozers.

2014-09-15
admin
Previous: The Balochistan impasse
Next: Bizenjo was imprisoned for writing a political slogan on a currency note