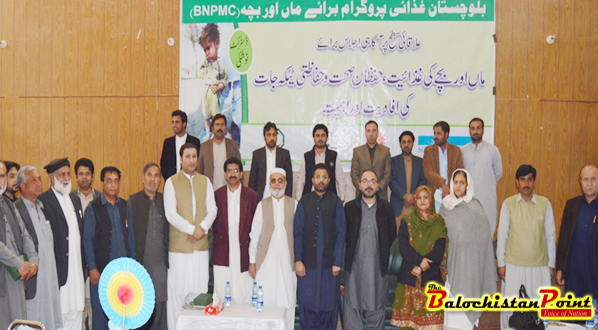 NOSHKI: Programme Manager Balochistan Nutrition Program Dr. Ali Nasir Bugti  has said that Balochistan Government under the dynamic visionary leadership of Chief Minister Balochistan Nawab Sana Ullah Khan Zehri, and Minister Health Mir Rehmat Saleh Baloch with guidance of Secretary Health Balochistan Mr. Javed Anwer Shahwani, team Balochistan Nutrition Programme for Mothers and Children (BNPMC) is utilizing all its available resources to bring a change in the scenario of malnourishment in the restive province and through positive results are coming. He was expressing these views while addressing to the Community based stakeholders and general public participatory Seminar 30th Dec 2017, at District Noshki for ‘Mothers and Child nutrition, basic tools of health safety measures and role of routine immunization importance’.

Dr. Ali Nasir Bugti added that they were optimistic to achieve the targeted Sustainable Development Goals in order to cure the status of Mothers and Children health in light of malnourishment and associated ill practices.

He said that, “Spreading the omen effects of malnourishment in the community is most compelling along with challenging task, because it has  anticipated to change the general public’s usual misconceptions in abstaining to visit the nearest health nutrition centers.”  Dr. Ali Nasir Bugti added.

He urged that the relevant partners/ stakeholders work more progressively in changing the mindsets of the population. “According to the World Health Organization (WHO), malnutrition is the gravest single threat to global public health. Globally, it contributes to 45 percent of deaths of children aged less than 5 years and this ratio is more in Balochistan that to be bringing into minimum, this can be achieved if the Nutrition program operations be extended to all other non-covered Districts in Balochistan,” Mr Bugti cautioned.

Speakers in the seminar emphasized the role of mother in breast feeding and the nutrition components. They appreciated the efforts that are been taken by the Nutrition program in addressing general malnutrition among children, Pregnant and Lactating Women. They also endorsed the role of BMPMC by taking responsive measures in addressing micronutrient malnutrition in the population indiscriminately. They also highlighted that BNPMC role is prudent in encouraging the behavior change communication through participation of the relevant stakeholders within the community.

During the seminar the DNO Nushki Mr. Ihtesham Mengal briefed the participants about the overall performance of the BNPMC District Noshki and said that in the district it was working with its implementing partners PPHI-B, LHW-B, SCAP Balochistan. 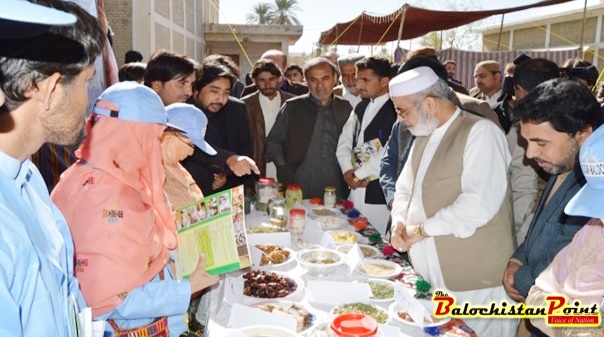 Mr. Ihtesham Mengal added: “In the district 21251 screenings of children had been done in which 1595 severely acute Malnourished children had  been admitted in which 1108 children have cured so far, 4229 cases of MAM  were  disclosed, pregnant and lactating women (PLWs) cases 8977 under the program were registered  in which 2839 women are getting Iron Folic Acid.” .

“In the district outpatient therapeutic program (OTPs) twenty are fully functionalized, 235 children were admitted to the stabilization center and 219 children were cured from the center. At the community level 1194 health sessions were conducted in which 11844 participants participated.” Mr. Ihtesham Mengal informed.

In the event stalls of local nutritious food were displayed and people in large numbers visited the stalls and appreciated the efforts being taken by the BNPMC team. In the program, quiz competition was also organized among the school  students in which nutrition and health based questions were asked.