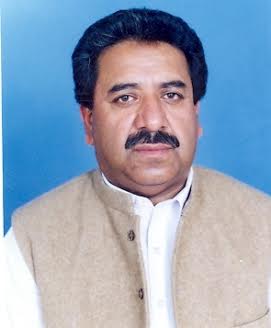 QUETTA: Leader of National Party (NP) and Member of Balochistan Assembly, Mir Haji Islam while strongly condemning border violation by Iranian border forces has asked Chief Minister Balochistan to take up this issue with federal government to avert such incidents in future.

“Violation of border, firing mortar shells and rockets have become a routine matter in Pak-Iran border due to which the people are living under constant threat,” he stated this in the meeting of Balochistan Assembly on a point of order, on Saturday.

Haji Islam said that Iranian security forces had violated Pakistani border in Panjgour, Chagai and Kech districts many times and fired mortar shells, rockets and used other weapons that had claimed several lives. “People living along the border are facing huge difficulties by intrude of Iranian forces in Pakistani soil,” MPA Mr. Islam said, adding that if this issue was not tackled seriously and timely it would inflict serious consequences.

NP leader recalled that owing to firing of mortar shells by Iranian forces a large number of cattle had been killed and the people were facing immense hardships to move at border areas. “This issue needs attention of government and it should be taken up with Iranian authorities,” he asked leader of the house and regretted that he had also taken up this issue previously but did not get desired attention.

On the occasion, Chief Minister Balochistan Dr Abdul Malik Baloch assured the member of the assembly that government would take this issue with central government so that occurrence of border violations could be avoid.

Published in The Balochistan Point on January 25, 2014