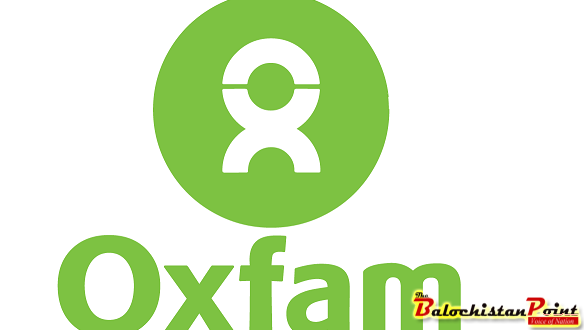 ISLAMABAD :  Oxfam in Pakistan along with Food and Agriculture Organization (FAO), World Food Program (WFP), Federal Minister NFS&R Sahibzada Muhammad Mehboob Sultan, Secretary NSFR Dr. Muhammad Hashim Popalzai and the National Agricultural Research Centre (NARC), celebrated World Food Day to raise awareness about food insecurity and working towards a zero hunger Pakistan by 2030. This year’s theme was “Our Actions are Our Future – A Zero Hunger World by 2030 is possible.” Rising inequality across the world is impacting the poor in terms of their access to healthy and nutritious food. The keynote speakers emphasized achieving food and nutritional security for Pakistan as a core underlying objective of all government policies and programs.

After the documentary presented by FAO, the Federal Minister National Food Security & Research, Sahibzada Muhammad Mehboob Sultan said, “The government of Pakistan is celebrating World Food Day in collaboration with UN agencies and other development partners as a mechanism for addressing the emerging issues related to food security faced by the resource poor farmers and rural communities.”

The event was attended by diplomats, ministers, government officials, civil society members and representatives of UN agencies and farmers. Speaking on the occasion Oxfam’s Country Director, Mohammed Qazilbash said, “It is encouraging that fewer children, women and men are going hungry today. However, we must not forget the paradox that millions of small-scale food producers, who produce most of the world’s food are themselves at risk of going hungry. This World Food Day we have a chance to address this situation.” Mr. Qazilbash asked Federal Minister Mehboob Sultan to involve rural women farmers in policy making so they could access the resources they need to fight poverty and hunger.

Following the program, Oxfam organized a food security stunt at Safa Gold Mall to raise awareness that human suffering should never be an ingredient of the food we eat. Yet around the world millions of women and men are forced to work long hours in inhumane conditions for little rewards, while hugely powerful corporate food giants are cashing in big profits. The burden of this injustice falls more heavily on women, who face discrimination, get paid less than men and are denied the same basic human and legal rights. Women farmers exhibited a food stall with staple food items and quick facts about the human suffering experienced by those who grow, catch and process that food. University students recorded the impressions of visitors to the stall.

A visitor to the stall Mrs. Sanam Parvaiz, mother of three said, “I didn’t know the poor conditions and injustices faced by food growers. I will try to be more mindful of my purchases and I have signed Oxfam’s petition to support women farmers.”

An Oxfam analysis of policies and public investments in six countries shows that women farmers are not getting the resources they need to feed their families and communities and adapt to climate change. Developing countries must invest more in small-scale agriculture, especially to women who play a vital role in food security. Agriculture needs to be rebuilt along entirely different lines and poor farmers made central to that change.

Published in The Balochistan Point on October 16, 2018

2018-10-16
admin
Previous: ZHOB: Anti-measles campaign begins following poor routine immunization
Next: The International Day for the Eradication of Poverty and Fate of Balochistan